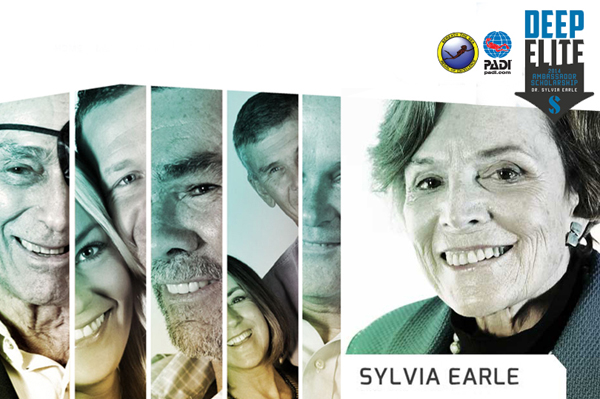 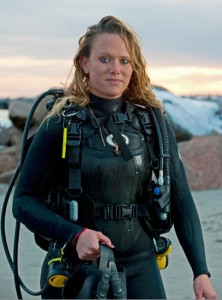 Scubapro, PADI, Beneath the Sea and this year’s honoree, Dr. Sylvia Earle are pleased to congratulate the winner of the 2014 SCUBAPRO Ambassador competition, Briana Grenier. The competition was offered in honor of Dr. Sylvia Earle’s inspirational work as a National Geographic Explorer in Residence, Founder of Deep Ocean Exploration & Research (DOER Marine) and Mission Blue, among many other groundbreaking accomplishments. Dr. Earle also recently joined the ranks of Scubapro’s Deep Elite; an ambassador program which aims to promote ocean conservation.

The goal of the 2014 contest, which was sponsored by Scubapro, PADI and Beneath the Sea, was to engage and embolden the next generation of divers and conservationists. Entries were submitted in the form of a photo/essay via Facebook and Instagram, using #scubaprocontest2014. The competition was steep, with the final selection from the ten finalists being chosen by popular vote. As the winner, Briana will receive $5,000 worth of Scubapro gear and $400 of advanced dive training from PADI to fuel her personal, educational and professional underwater goals.

Briana, who goes by the nickname “Breezy”, is a student at the University of Rhode Island where she is studying Geology & Geological Oceanography, Marine Biology, and Underwater Archaeology. She has admired the work of Dr. Earle from a young age: “she was the author of my favorite book Dive: My Adventure in the Deep Frontier. She grasped my attention with her explorations in the Deep Rover”.  Breezy began diving four years ago, and has since added Divemaster, Wreck, Nitrox, Technical Diving, and AAUS Scientific Diver certifications to her diving resume. In her free-time she volunteers for multiple non-profits as well as serving as the Student Rep of the MTS Council, scientific diver at an aquarium, and researching underwater paleolandscapes. She is also an avid traveler, having visited five continents including Antarctica, and is a veteran of the US Coast Guard. We will be sharing news and photos from Breezy on the Scubapro Facebook page (www.facebook.com/scubapro), and you can also follow her adventures on her own site (www.brianagrenier.yolasite.com).

Breezy is thrilled and grateful to be the recipient of the 2014 Scubapro Ambassador Scholarship and remarks: “Thank you Scubapro, PADI, and Beneath the Sea for providing this scholarship that will not only lead myself but also to many others such amazing experiences. Thank you Dr. Sylvia Earle for being an ocean pioneer and such an inspiration to the world’s people. It is such an honor that this scholarship is in your name. You have been my role model since I was a young child and you are a true ocean ambassador.”