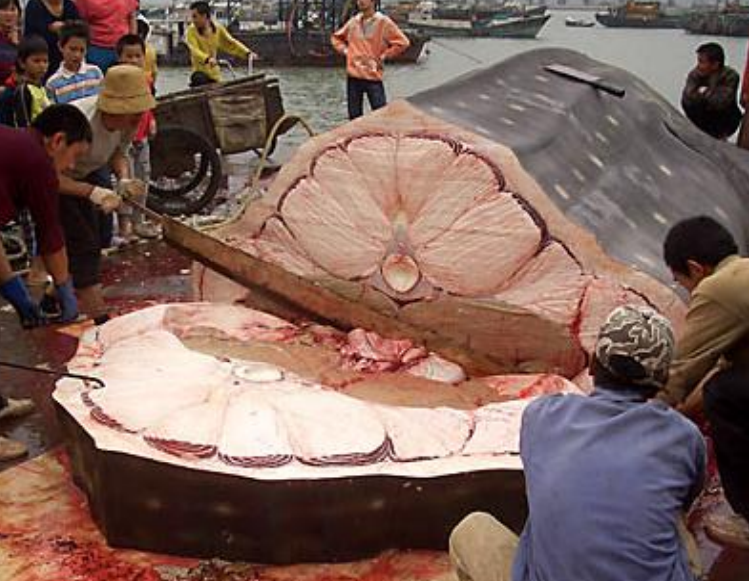 An activist group has uncovered what it says is a whale shark factory in China processing up to 600 of the endangered fish each year.

The factory is fed by a network of agents who pay fishermen up to USD$30,000 for one whale shark which can grow to 12m and weigh 20 tonnes.

Whale sharks are the largest known fish and are filter feeders, with their diet consisting mainly of plankton. They are docile creatures and popular attractions for divers. 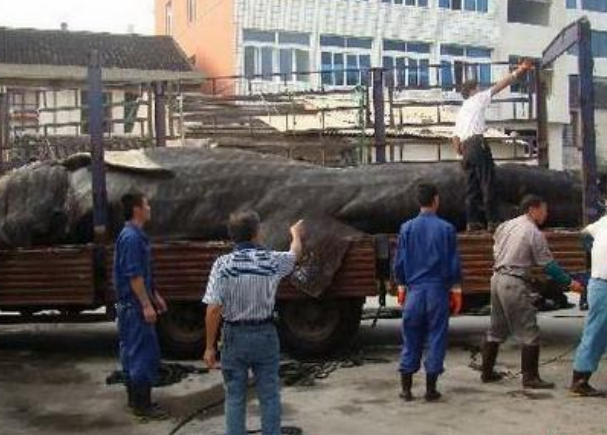 WildLifeRisk says whale shark fins are dried in PuQi and sent to Guangzhou, in China’s southern Guangdong Province, where they are sold to restaurant owners who commonly use them in the trade as ornaments.

The large fins are usually tied with red ribbons and placed on display in entrances, reception areas and the windows of restaurants selling shark fin soup to attract customers.

WildLifeRisk says it three-year investigation found the whale shark skins are sold as leather into the bag trade.

Whale shark lips, stomach and flesh go to the restaurant trade as food.

However, the money-maker is the concentrated oil in the shark’s liver which is used for skin care products and lipstick, as well as Omega-3 health supplements.

WildLifeRisk says the supplements are sold internationally in contravention of CITES (Convention on International Trade in Endangered Species of Wild Fauna and Flora). 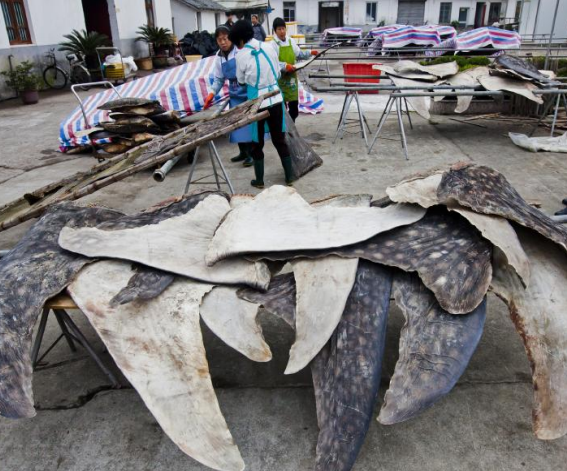 Undercover footage and audio recordings obtained by WildLifeRisk reveal that migratory whale sharks present in Australian waters are being caught off the coast of China in the South China Sea, and also further afield in the Pacific – specifically in waters of the Philippines, Indonesia and even as far away as Mexico. Evidence gathered points to an extensive trade network fanning out from China across the globe.

In a joint statement, Alex Hofford and Paul Hilton of WildLifeRisk said:

“How these harmless creatures, these gentle giants of the deep, can be slaughtered on such an industrial scale is beyond belief – all for human vanity; lipsticks, face creams, health supplements, shark fin soup restaurants. We firmly believe the trade must stop, and it must stop now, or else these animals will eventually face extinction.”