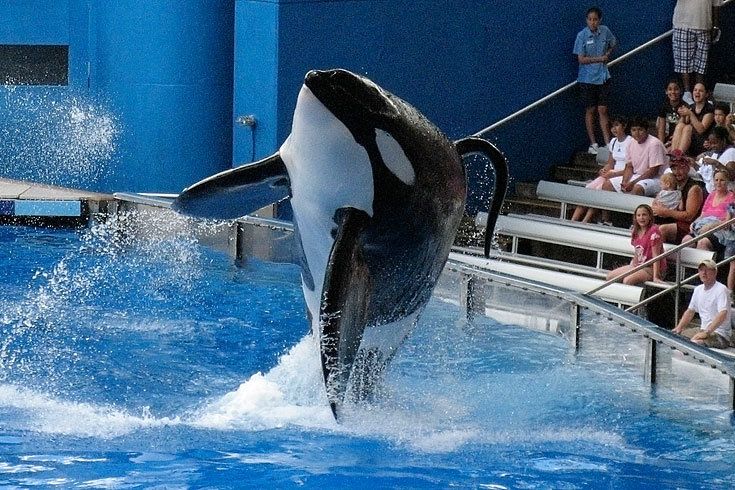 SeaWorld Entertainment Inc. intends to block shareholders from voting on a measure that urges the Orlando-based company to develop “coastal sanctuaries” and use them as retirement homes for its collection of captive killer whales.

The proposal was submitted by the People for the Ethical Treatment of Animals in advance of SeaWorld’s first annual shareholders meeting, where shareholders will be asked to elect directors and vote on other company business. PETA owns 80 shares of SeaWorld stock.

But SeaWorld has told federal regulators it plans to ignore PETA’s request. The reason: Federal rules require shareholders to have held stock in a company for at least a year before they can submit recommendations for a vote. SeaWorld has been a publicly traded company for less than a year, making it impossible for any shareholder to meet that criterion.

“Because the proponent [PETA] had not — and could not have — held shares in the company for at least one year prior to the date on which it submitted the proposal, it is ineligible to submit a stockholder proposal at this time,” the company wrote in a recent letter to the U.S. Securities and Exchange Commission.

The marine-park owner went public on April 19 of last year. PETA bought its shares in the company on the same day.

What’s more, SeaWorld says it plans to file its annual “proxy statement,” a document that must be mailed to shareholders before its yearly meeting and that must include any proposals to be voted on April 17, two days before its first anniversary as a publicly traded company.

To cover its bases, SeaWorld has asked the SEC for assurance that the agency will not take legal action should it exclude PETA’s recommendation from its proxy materials.

PETA, which has asked the SEC to deny SeaWorld’s request, accuses SeaWorld of hiding behind federal rules. The organization notes that it has held SeaWorld stock for as long as possible and that it does not intend to get rid of its stake in the company — which is currently valued at about $2,500 — before the annual meeting.

“SeaWorld shareholders should have an opportunity to improve the company’s reputation and preserve its future by making the progressive decision to transfer these intelligent mammals to sea sanctuaries where they finally have the opportunity to be whales again,” said Jared Goodman, PETA’s director of animal law.

SeaWorld defended its decision in a written statement Monday. “We owe it to our shareholders to conduct our annual proxy process in accordance with the Securities and Exchange Commission rules and regulations,” the company said.