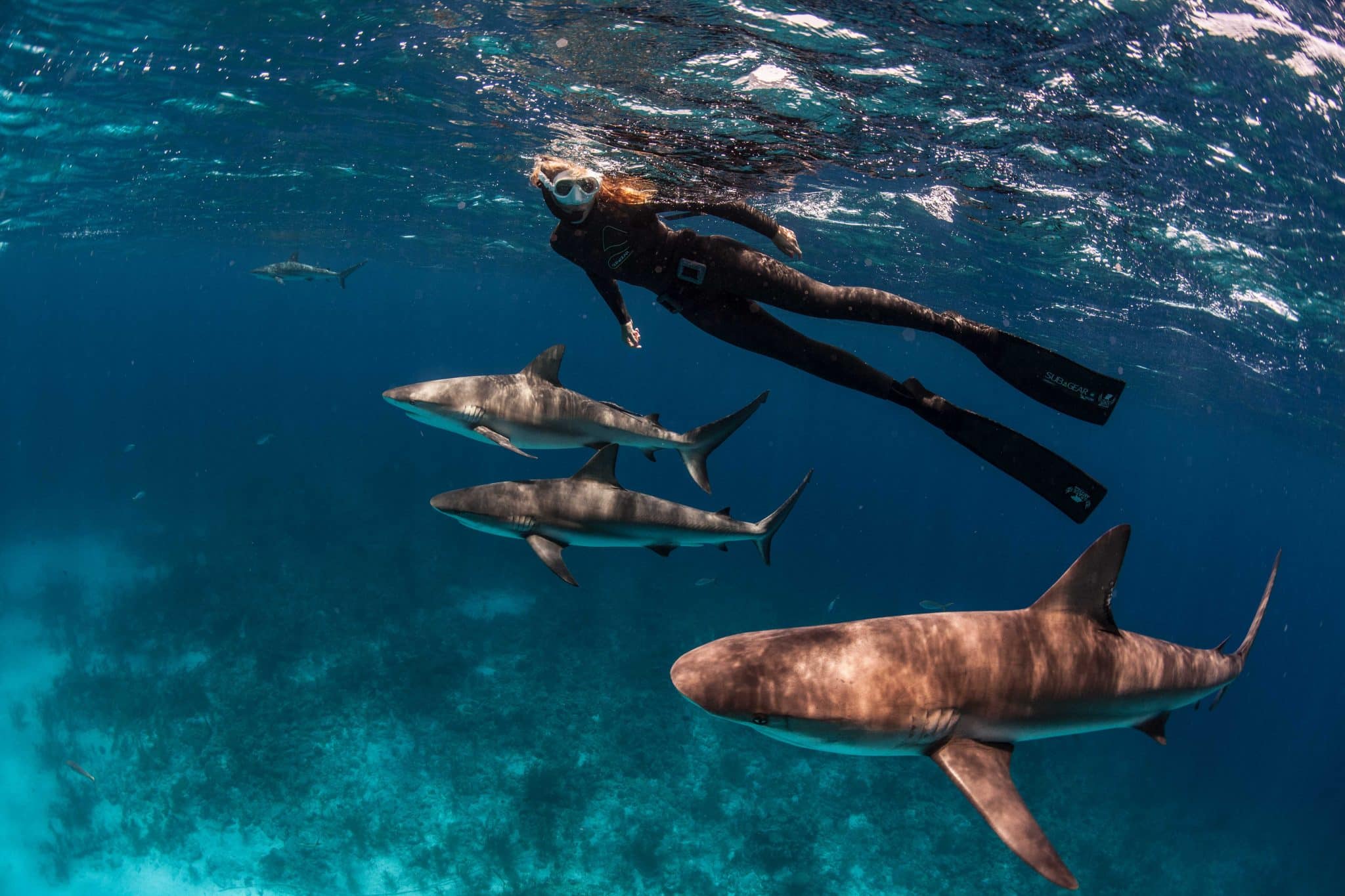 PADI®, with its global charitable foundation PADI AWARE™, is continuing to drive positive ocean change by mobilising the dive community to save sharks. The value of sharks and rays to the global economy is likely to be a significant factor when governments decide whether to impose trade restrictions on dozens of threatened shark species at the 2022 Convention on International Trade of Endangered Species of Flora and Fauna (CITES) meeting in Panama over the coming days.

PADI has been asked by the home nation of Panama to provide specialist advice to all attending government representatives to help secure support for a critical vote to double the amount of protected shark and ray species. 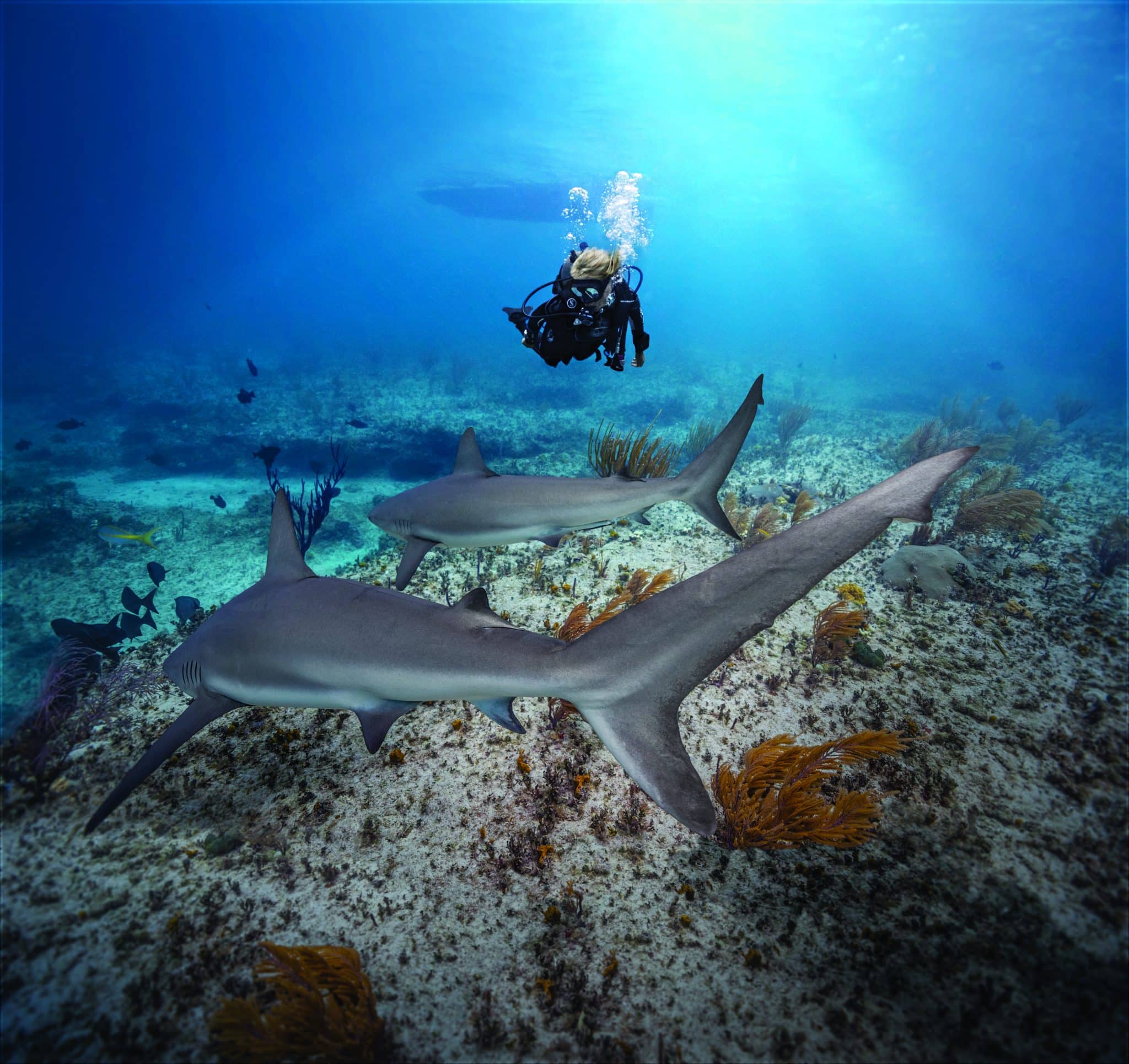 PADI CEO + President and PADI AWARE FoundationTM Chairman of the Board, Drew Richardson sent letters of support to governments that have already backed the proposal to protect all species of requiem sharks from unsustainable trade, including the President of Panama, the proposal’s lead country. With the organisation having already established itself as the most successful diving organisation to mobilise divers in protecting sharks, PADI and PADI AWARE Foundation will be representing the diving community at CITES, ensuring divers’ concerns, as well as value to many economies, are taken into account by decision-makers.

Most recently, collaborative efforts resulted in a successful campaign for the highly-applauded immediate two-year ban on catching and retaining Atlantic shortfin mako sharks at the last meeting of the International Commission for the Conservation of Atlantic Tunas (ICCAT).

“The invitation to advise governments from the host nation of Panama at CITES as a result of PADI’s letter of support has highlighted just how impactful taking direct action for the ocean can be when it comes to pushing the needle for creating positive ocean change,” says Ian Campbell, PADI AWARE Foundation, Associate Director of Policy and Campaigns.

Saving sharks, which are keystone species and apex predators, is an integral part of PADI’s Blueprint for Ocean Action, with the established goal of reducing the number of sharks and rays facing extinction by 25% in the next decade. To date, PADI has already helped secure protection measures for 51 species of sharks and rays, with the goal of protecting 54 more in the next three years.

“Sharks are critical to our world’s largest and most important ecosystem, keeping our oceans in healthy balance for more than 450 million years,” continues Campbell. “Over a third of all species of sharks and rays are facing extinction in our lifetime. PADI is taking action by representing our passionate community of Ocean Torchbearers at international arenas like CITES where real-life decisions are made.” 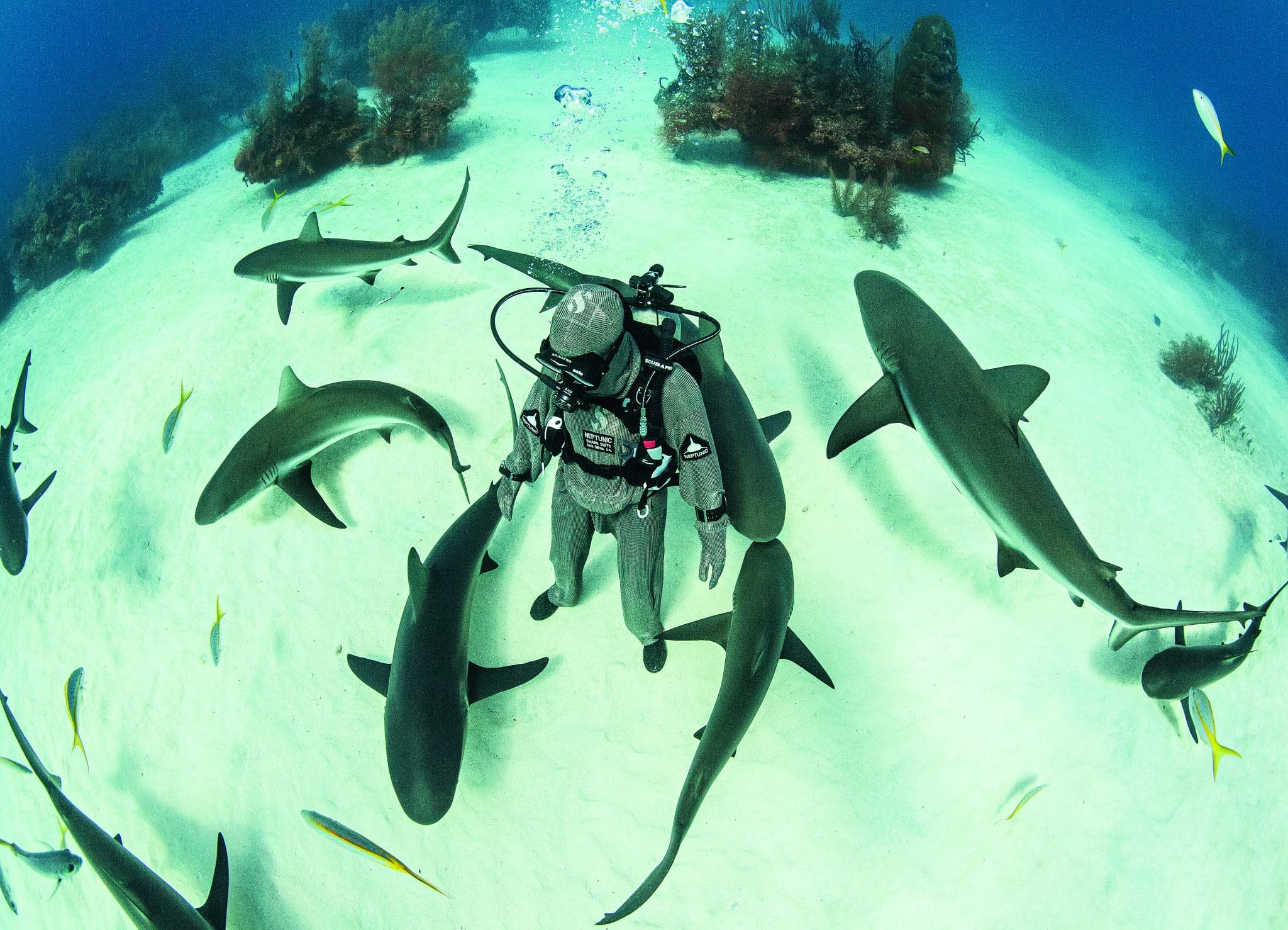 CITES is a United Nations agreement that is binding in 184 countries and limits the international trade of identified animals at risk, including sharks. There are currently 46 marine species and 23 freshwater species protected under CITES. This year, the governments in attendance are voting on the protection of over 50 species of sharks—from grey reef sharks to lemon sharks. Two-thirds of the government delegates at CITES need to vote “YES” for these species to be placed on the CITES protectee list, which will put restrictions on international trade for fins, meat, and any other shark products.

“This CITES meeting is turning out to be one of the most important for sharks ever. The proposals put forward include most of the species that make up the shark fin trade, and that attract tourists to dive sites all over the world” explains Campbell. “CITES only comes around once every three years, so we must grab this opportunity before these sharks disappear from our favourite spots forever.”

To ensure that sharks get the “YES” vote for protection, PADI is encouraging their global community of 128,000 PADI Professionals, 6,600 PADI Dive Centers and Resorts, and the over 29 million certified PADI Divers to help take part and urge their own local governments to take action at CITES.

PADI is asking all torchbearers (whether a diver or not) who are passionately committed to our shared blue planet and creating positive ocean change to sign the petition that urges governments to vote “YES”.

PADI is also asking all PADI Members to sign the PADI Dive Center Business Support Letter for Shark Protection, which will be formally sent to all government delegates in attendance at CITES.

To help build a swell of support for delegates voting “YES” to protect sharks, PADI is also calling on everyone to share the shark signer petition using hashtags #CITES4Sharks and #Divers4Sharks, social tags @PADIAWARE and @PADITV, and government tags @s_guilbeault, @BarbaraCreecy_, and @tanya_plibersek.

To learn more about how to take action to help sharks get the global protection they need and deserve, visit ​​www.padi.com/aware/cites.