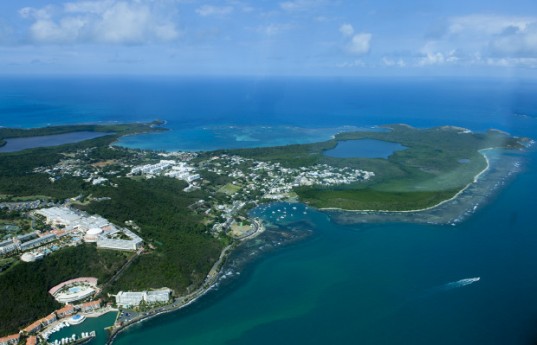 A glowing lagoon off Puerto Rico’s northeast coast has gone nearly dark and biologists last week were trying to find out why.

Theories range from an increase in construction runoff to inclement weather to people clearing mangroves to allow larger boats into the area.

“We have been compiling data,” Carmen Guerrero, secretary of the Department of Natural Resources, said in a phone interview as she headed toward Las Cabezas de San Juan Nature Reserve with a team of scientists to investigate the problem. “There are a lot of factors that could be at play.”

The bioluminescent lagoon, often referred to as a bay, attracts tourists who set out in kayaks or boats by night from the neighboring city of Fajardo to see waters that glow when microscopic organisms are disturbed. A greenish light swirls off hands and arms as visitors trail them through the water.

But the bioluminescence has dropped so much that tour operators have had to cancel trips and reimburse visitors, Guerrero said.

Fajardo city Mayor Anibal Melendez told reporters that the lagoon has been dark for at least eight days.

Melendez blamed the problem on runoff from the construction of a nearby water and sewer plant, and he has asked that the plant be moved elsewhere, though officials involved with the plant deny it’s the cause.

Alberto Lazaro, president of the state Water and Sewer Authority, said the plant is needed because people are discharging sewage into the lagoon and nearby ocean. He said the project, which is to be completed by 2016, had been approved by the territory’s Department of Natural Resources and the U.S. Environmental Protection Agency, which is providing the funding.