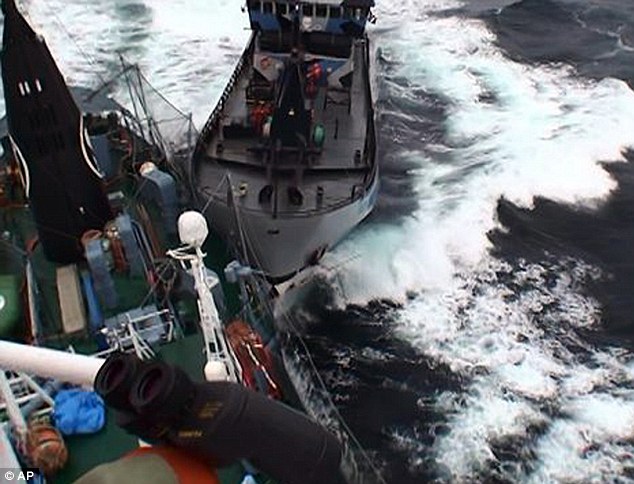 A Japanese harpoon whaling ship has rammed a conservationist protestors’ vessel in dramatic scenes in icy seas off Antarctica.

Video released by anti-whaling organisation, Sea Shepherd, shows the Japanese ship the Yushin Maru 2 crashing into the bow of the Bob Barker last week in the Southern Ocean off the South Pole.

Sea Shepherd claims the collision was deliberate and part of a sustained attack by three whaling ships on the protestors. 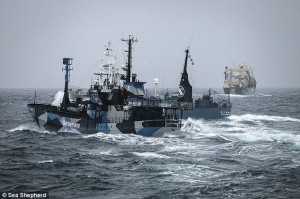 The Sea Shepherd boats, the Bob Barker and the Steve Irwin, were patrolling off Antarctica in the RossSea, the most pristine marine ecosystem on earth in which a high concentration of marine wildlife has remained mostly free from pollution, mining and fishing.

Known as “the last ocean”, the RossSea teems with large predatory fish, whales, seals and penguins.

The Sea Shepherd vessels had sailed to the Ross Sea to interfere with a Japanese whaling fleet comprising the Yushin Maru, Yushin Maru 2, Yushin Maru 3 and the world’s only whaling factory ship, the Nisshin Maru. 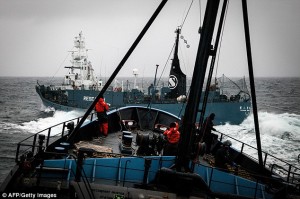 Sea Shepherd said its ships had positioned themselves off the Nisshin Maru’s slipway to block the harpoon vessels from loading the corpses of whales they had caught onto the factory ship.

The Nisshin Maru is chartered by Japan’s Institute of Cetacean Research (ICR), which claims to be a nonprofit research organization of whales and dolphins, but which Sea Shepherd and Greenpeace say is just a Japanese Government-funded operation for slaughtering whales for profit.

In the attack, which continued until 9am, the harpoon vessels overtook the Sea Shepherd ships, crossing their bows and coming within three to five metres in numerous “dangerous manoeuvres”, Sea Shepherd claimed.

It said the Yushin Maru 3 struck the Bob Barker and quoted the ship’s captain, Peter Hammarstedt, and  Siddarth Chakravarty of the Steve Irwin saying the two ships on several occasions had to steer out of the harpoon whalers’ paths, narrowly avoiding potential collisions. 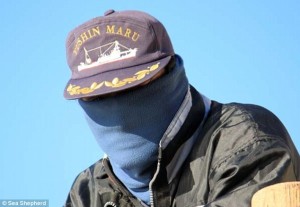 ‘The whaling vessels also made consecutive attempts to foul the propellers of the Sea Shepherd ships by dragging steel cable across the bow of the conservation ships,’ Sea Shepherd said.

Greenpeace claims the Nisshin Maru has twice rammed its vessel, the Arctic Sunrise, although the Institute for Cetacean Research contested Greenpeace was to blame.

ICR says on its website Greenpeace and Sea Shepherd engage in dangerous ‘sabotage’ which endangers life at sea.

‘Sea Shepherd group, one of several Greenpeace offshoots, joined the interference against Japan’s whale research and, imitating Greenpeace methods such as illegal boarding and ramming of research vessels, started to use increasingly dangerous and violent sabotage methods which include entangling devices (propeller foulers), throwing and shooting of chemical-containing projectiles, smoke bombs and incendiary devices,’ ICR said. 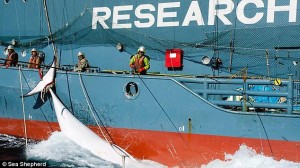 ‘Such dangerous actions by these groups are not peaceful protest but unforgivable acts akin to terrorism that threaten human life at sea.

‘Over and over again we have strongly condemned the harassment and sabotage actions by these groups and demand again that they refrain from further spreading violence under pretext of protecting whales.’

Sea Shepherd’s team of volunteers from around the world has photographed the ICR’s harpooning of whales, and slaughter of dolphins in the Japanese port of Taiji.

Australian Alana West told of the scene at Taiji last year, when the Japanese team herded a pod of striped dolphins into Taiji Cove and how she could hear ‘the distress cries of the dying pod members’. 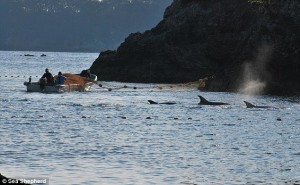 ‘Although the noise and confusion of the killing must have been terrifying for these dolphins, they did not swim to the other end of the Cove, as they so wanted to be with their pod members who were in fear and pain and were taking their last breaths,’ Alana said.

‘It was incredibly harrowing to witness.’

Here is the video: 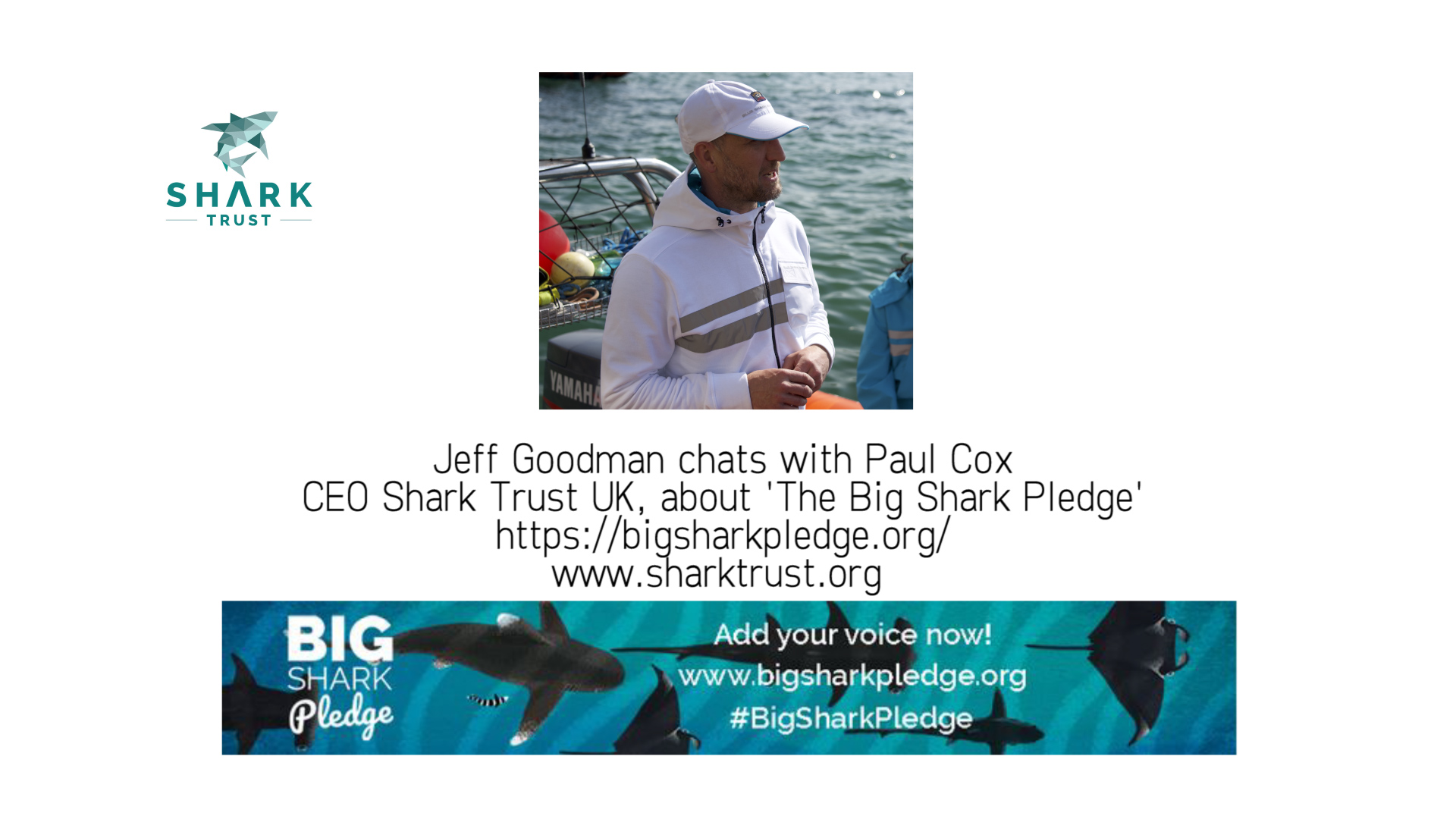 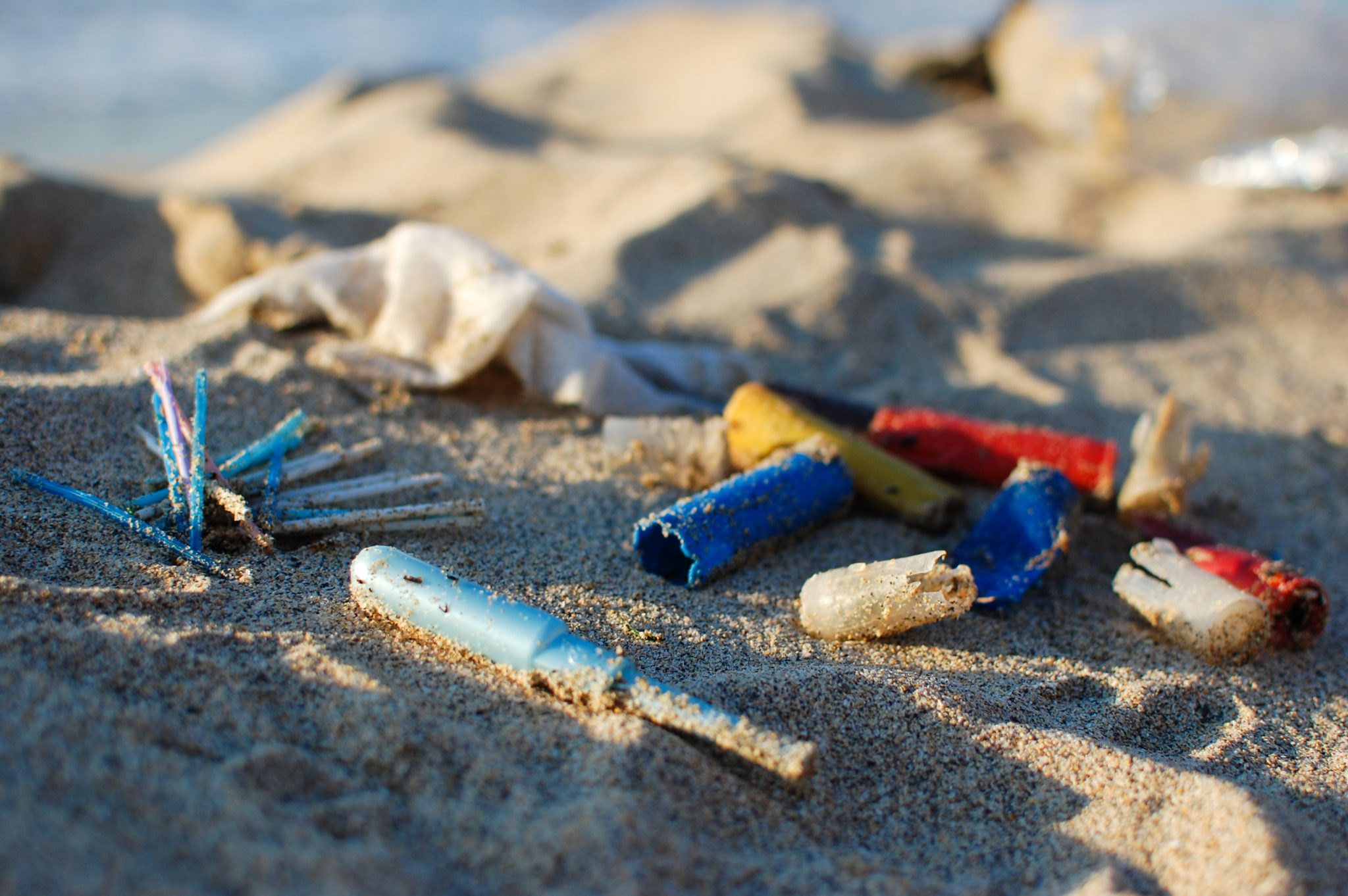