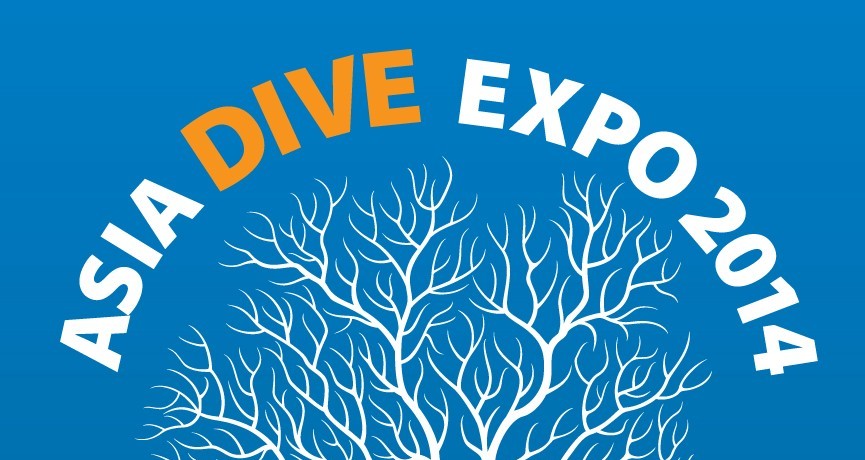 The ADEX show was held from the 11th to the 13th April at the Marina Bay Sands Convention Centre in Singapore. The venue is right on the Marina with stunning views of the city and bay.  A huge very upmarket shopping mall is right next door packed with restaurants and top end labels.

The View From Marina Bay Sands

The show itself kicked off on the Friday with an awesome performance from Baracuda Batucada on the main stage. When the doors opened the show soon filled up with people, from those who were looking to start diving to full blown diving legends!

There was certainly plenty to do when inside. There was a vast array of dive retailers selling everything from wetsuits to rebreathers, at very good prices. Mares and Scubapro had huge booths showing off their latest products as well as Halcyon with their very cool BCD wing designs, Fourth Element, Poseidon, and many more. Tour operators, Liveaboards, Resorts and clubs from all over the world were out in force. The Indonesia Tourism board had a great booth with resorts, trips and liveaboards from every corner of Indonesia all under one roof. The photo zone was very popular with lots of goodies to buy from the guys at ScubaCam – no real new photographic technology at the show but certainly some impressive equipment to spend your hard earned cash on (like the Nauticam Super Macro Convertor). Seacam had an impressive booth with a stunning gallery of Aaron Wong’s recent work, as well as the owner of Seacam, Harald Hordosch, who was there to answer any questions. 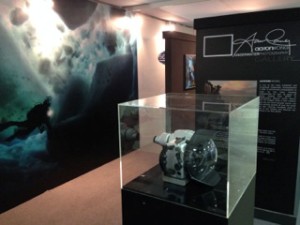 A highlight of the show was the guest speakers. In the photo zone there were continuous photographic talks on a range of subjects from some of the industry’s biggest names – Aaron Wong, Michael Aw, William Tan, Imran Ahmed, Christian Vizil and Jason Islay were just some of the very inspirational photographers who spoke at the show.

It wasn’t just in the photo zone where there were some big names speaking; on the main stage were some true legends presenting. These included Great White Shark Pioneer Rodney Fox, Coral Reef Ecologist Dr Mark Erdman and Dr Tom Goraeu, President Of Conservation Of The Global Coral Reef Alliance.

Aaron Wong gave us an insight on his images 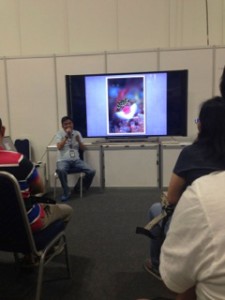 William Tan gave a very interesting talk about his photography

As well as the speakers other activities included Scuba and rebreather try dives. Ocean Artists painted a huge piece live at the show.

Saturday and Sunday proved especially busy with the booths receiving a lot of attention. The show shut its doors Sunday evening after a really great weekend with exhibitors jetting back to all corners of the globe. The organizers predicted around 30,000 visitors for the weekend, and judging by how many were passing by, I think they probably reached that.

ADEX proved to be a great weekend with a vast range of exhibitors and speakers combined with an awesome location, making this a must visit show in every diver’s calendar.

Hollis In The US Appoint New Sales Rep For The Midwest

Joe’s passion for the marine environment has led him to numerous locations across the globe, from working as a Divemaster in Australia to working on marine research expeditions in the Seychelles. One thing which has remained constant is that his camera has always travelled with him. Joe is now Resort Manager at Maluku Divers, a photography focused resort on Ambon Island in a remote part of Eastern Indonesia. To see more of Joe’s work, visit: http://www.flickr.com/photos/joedaniels/ or www.jldaniels.co.uk