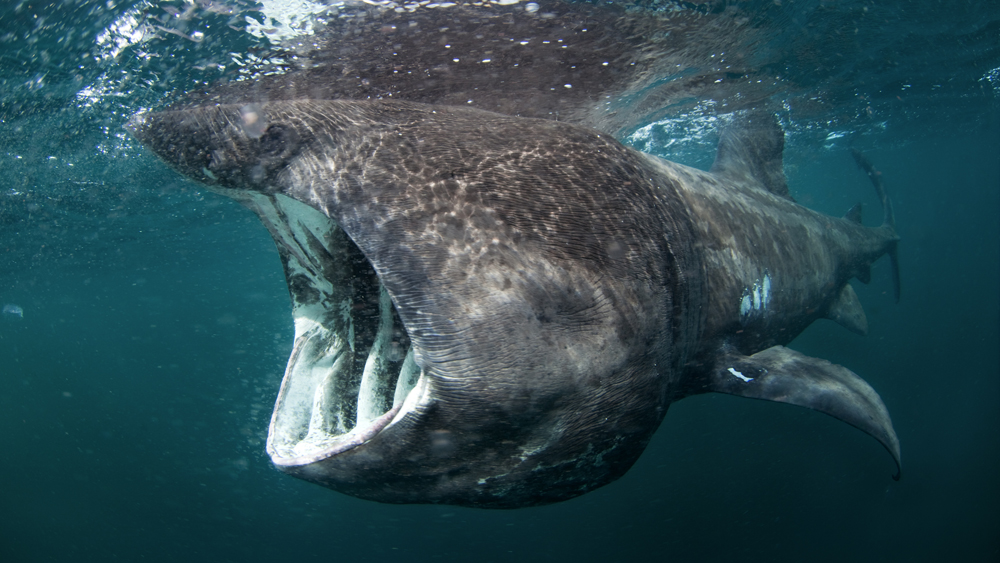 This month our Creature Feature is from guest writer – Yolanda Evans. 17-year old Yolanda has been passionate about sharks all her life. And this month she explores the world of the Basking Shark.

Slowly gliding through the water is the 12 metre Basking Shark. The second largest shark in the world, but also the biggest in British waters, these sharks are immediately identifiable from their large agape mouths and their brown-grey colouration. In fact, they are so big that their species name ‘maximus’ means great, for their great size.

Basking Sharks’ capacious mouths can be up to 90cm wide but despite their size, they eat some of the smallest creatures, zooplankton. Their food is separated from the water by their gill rakers, these are long keratinous bristle structures that are in each gill. Even though they eat zooplankton, Basking Sharks still have teeth. There can be up to 200 in both their upper and lower jaws. However, unlike their cousins the infamous White shark, their teeth are only 5mm long! They swim close to the surface of the water causing their dorsal fin to break the top. Basking Sharks can often congregate in shivers (a group of sharks) of over 100 sharks. They display a number of courtship behaviours including snout-to-tail lines, parallel swimming, and even breaching, this is when the shark jumps out of the water! Their common name also comes from where they swim, as it is thought these mighty sharks like to bask in the warmth of the sun. In fact, like many sharks and ourselves, Basking Sharks can actually get a tan from the sun! Their tan makes them go a darker brown.

They have a global distribution and are a common visitor to British waters! Basking Sharks are a migratory species. They can be found in the UK from May to October on the west coast of the UK and then undergo trans-Atlantic migrations along the continental shelf following the zooplankton. If you do see a Basking Shark in the wild always remember the Basking shark code of conduct.

The Basking shark is currently recognised as endangered and is on the IUCN red list. It was until 1994 that Basking sharks were hunted for their liver oil in the UK. The oil was used for streetlamps and cosmetics. Shark liver oil is made of a substance called squalene which is still used today in many products like sun creams and makeup.

REPORTING YOUR SIGHTINGS – You can report your sightings of Basking Shark wherever you are in the world, to our Basking Shark Project! Could you be Underwater Photographer of the Year 2023? 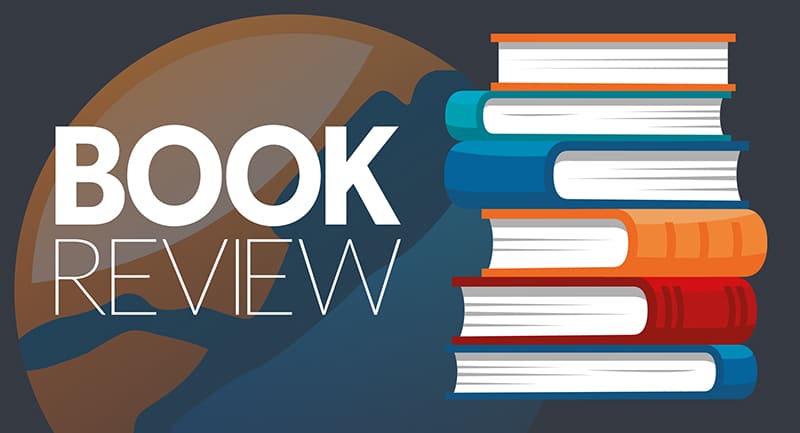 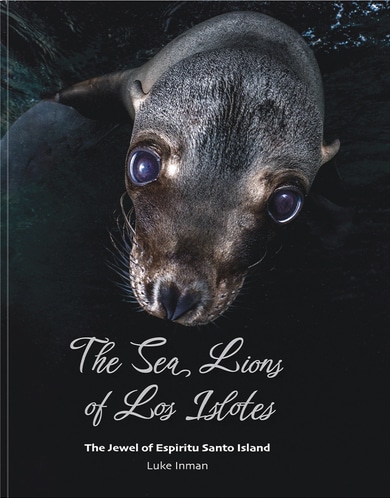 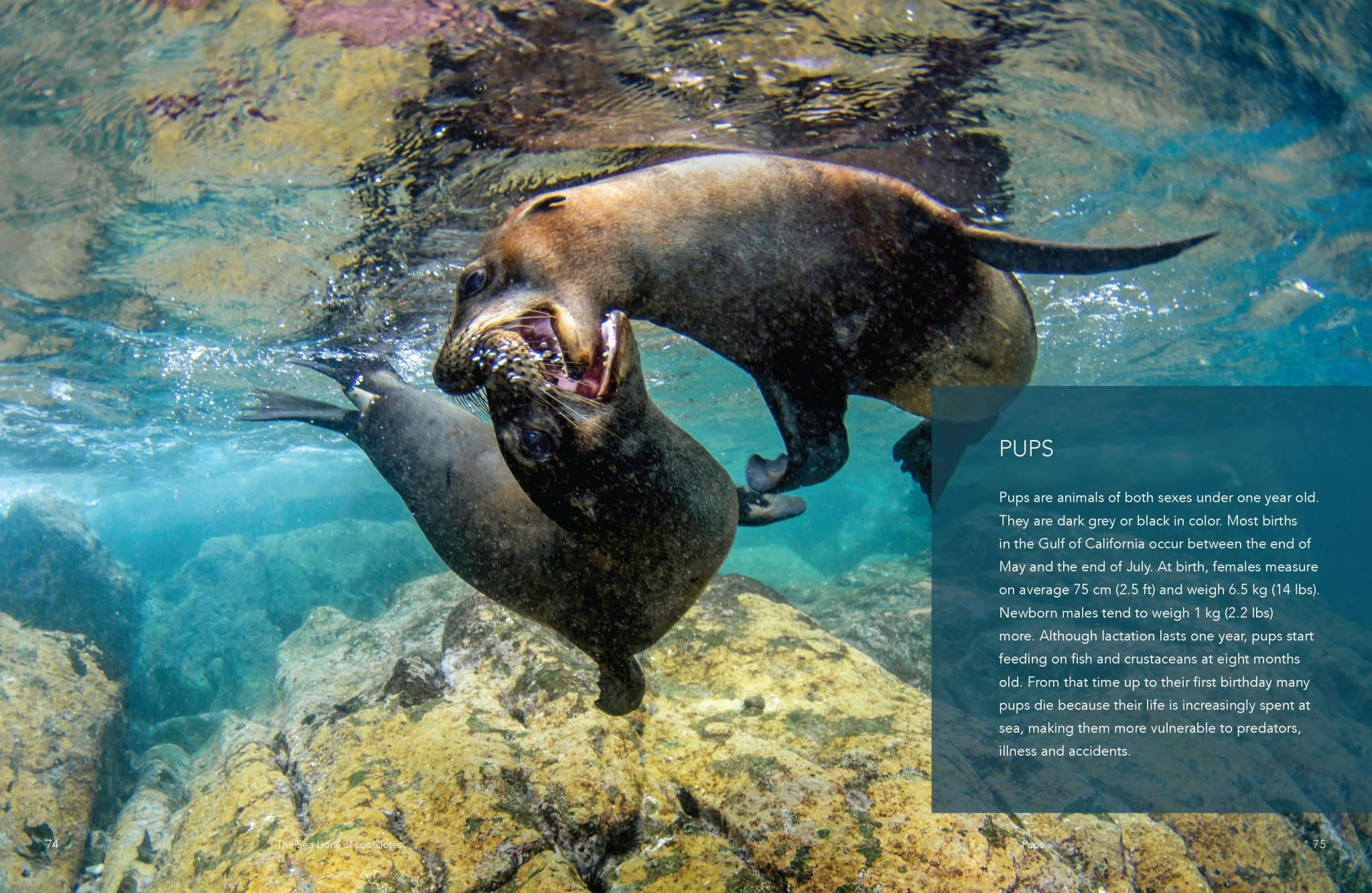 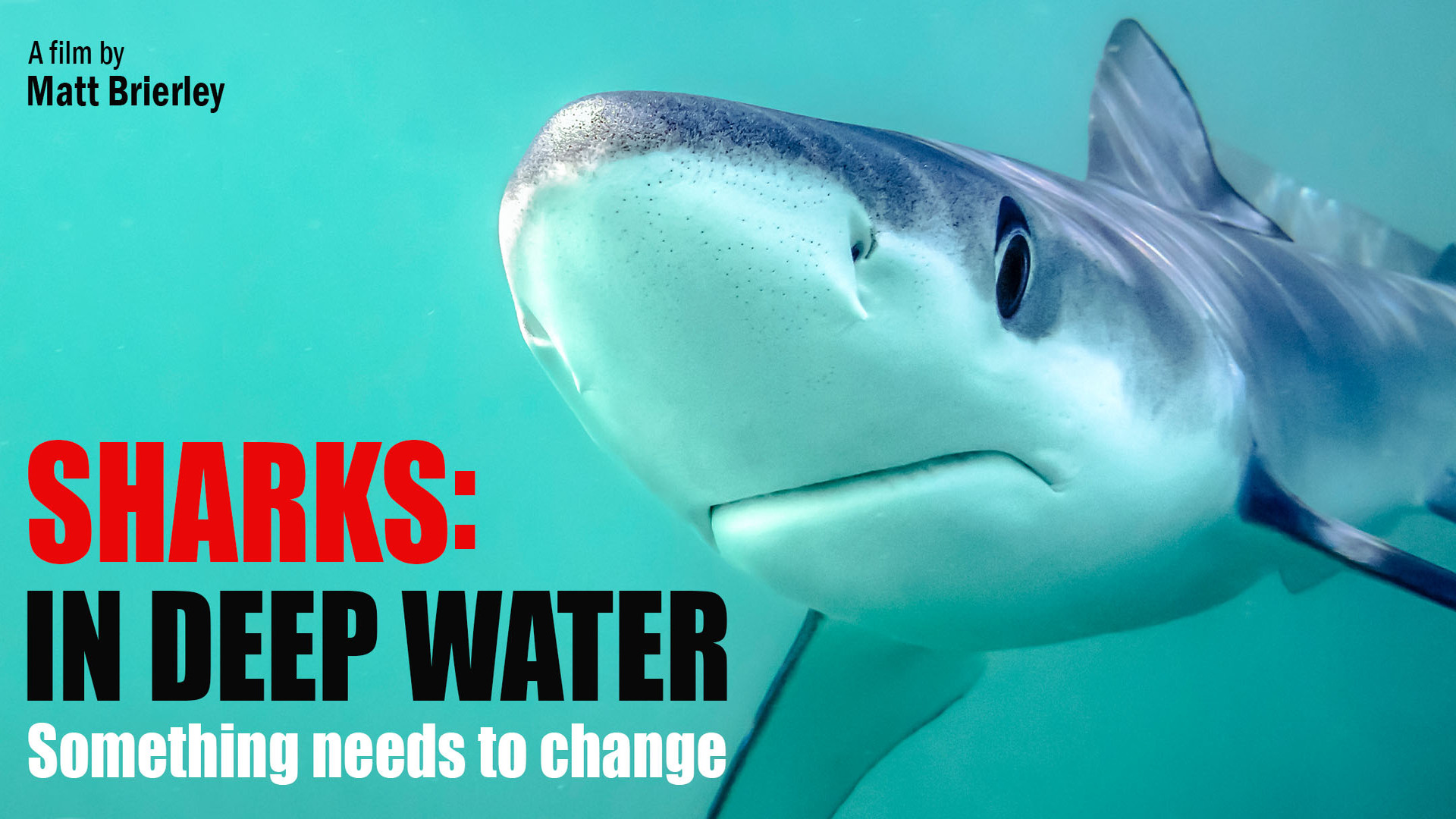 “Sharks: In Deep Water is a film to change things,” explains Producer Matt Brierley. The film’s global premiere is 8th Nov 2022 and tickets can be obtained through www.sharksindeepwater.com.

Sharks matter. Without the sea’s top predators ocean ecosystems collapse. We are perilously close to creating a tipping point beneath the waves – in many places ocean systems have already collapsed, taking with them people’s livelihoods and their primary source of protein. 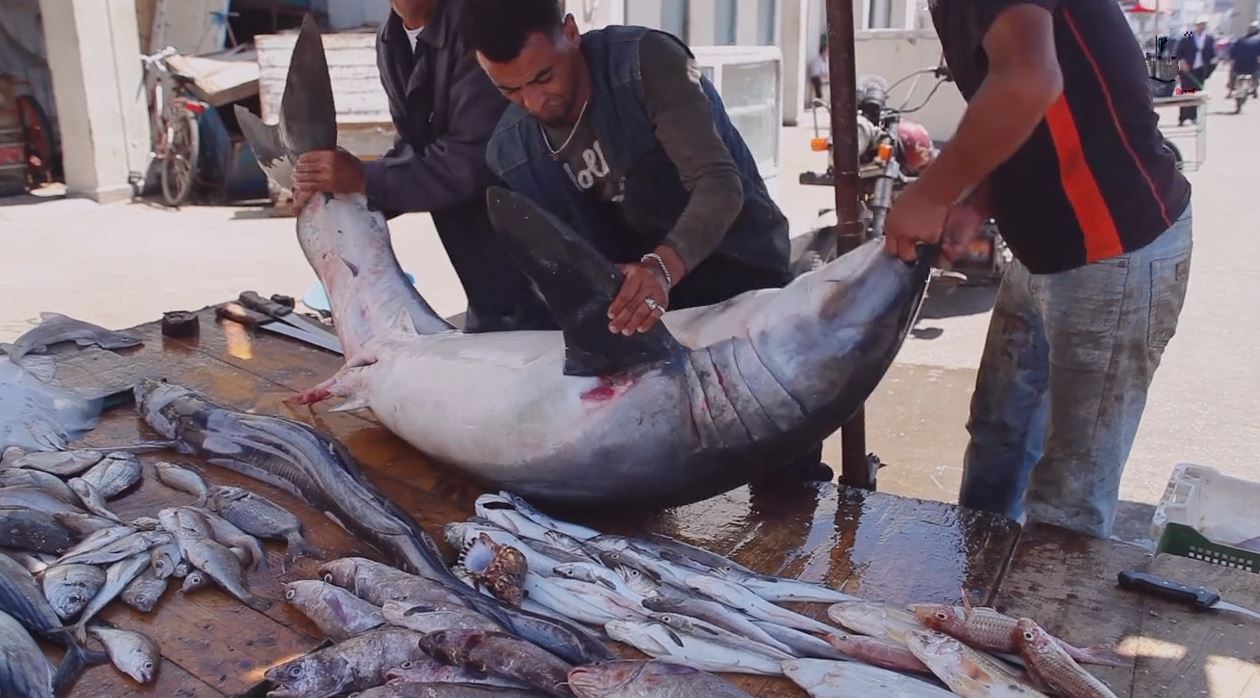 This is a topic close to many people’s hearts – but it is also an issue that conjures images of shark finning and Eastern markets. Sharks: In Deep Water tells a new story.

Laws to protect sharks from finning at sea have tragically backfired. Today sharks must have their fins removed on land. That has sparked a global trade in shark meat. As top of the food chain, sharks bioaccumulate human toxicants in concentrations harmful to their health – and ours if we eat them. 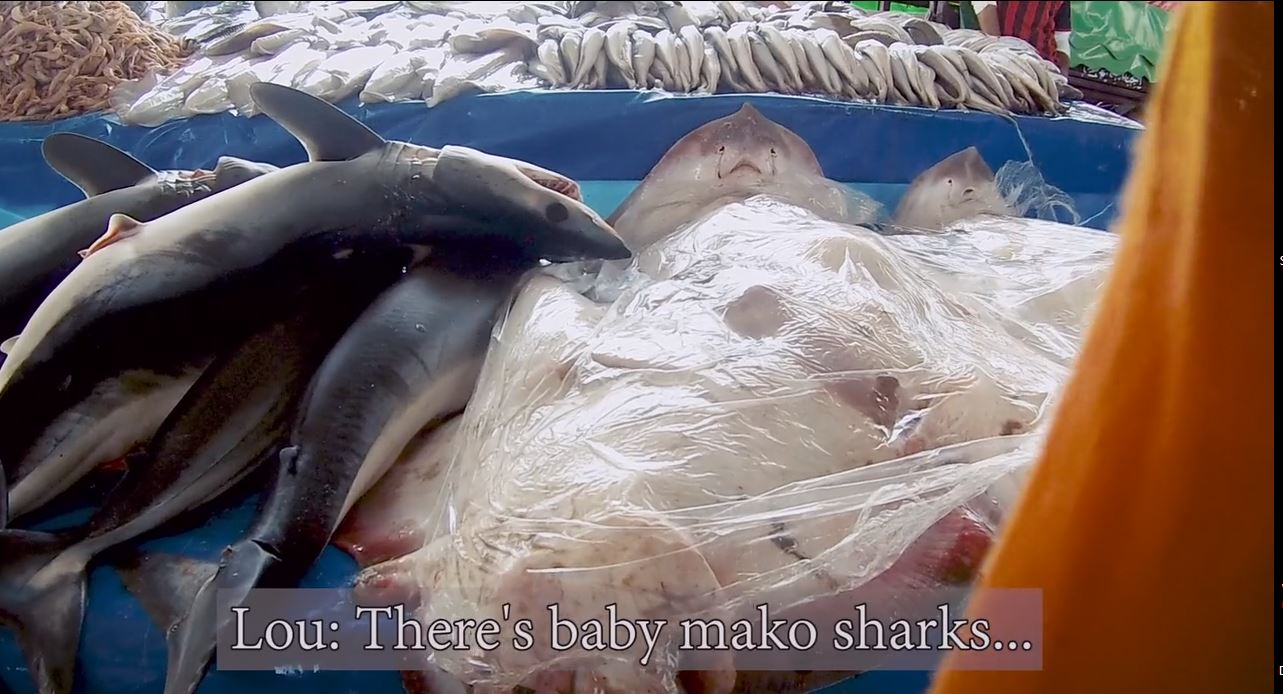 Undercover investigation by Sharks: In Deep Water found sharks in Western ports and on menus in high-end UK restaurants. The film conducted DNA analysis of battered fish sold in UK fish and chip shops. The results proved conclusively that Endangered shark is sold under confusing names. The results claimed headlines across the UK.

“Shark livers are also harvested – typically from deep water sharks science knows very little about. Again these are Western market forces not Eastern,” Matt said. “For too long we’ve told shark conservation as a simple story. Sharks are finned at sea by Eastern countries. But the story has moved on and that old narrative is excusing the Western nations who are fishing the shark and selling it – typically – through the Port of Vigo, Spain. The UK and EU are hugely complicit in the greatest underwater extinction event of our time.” 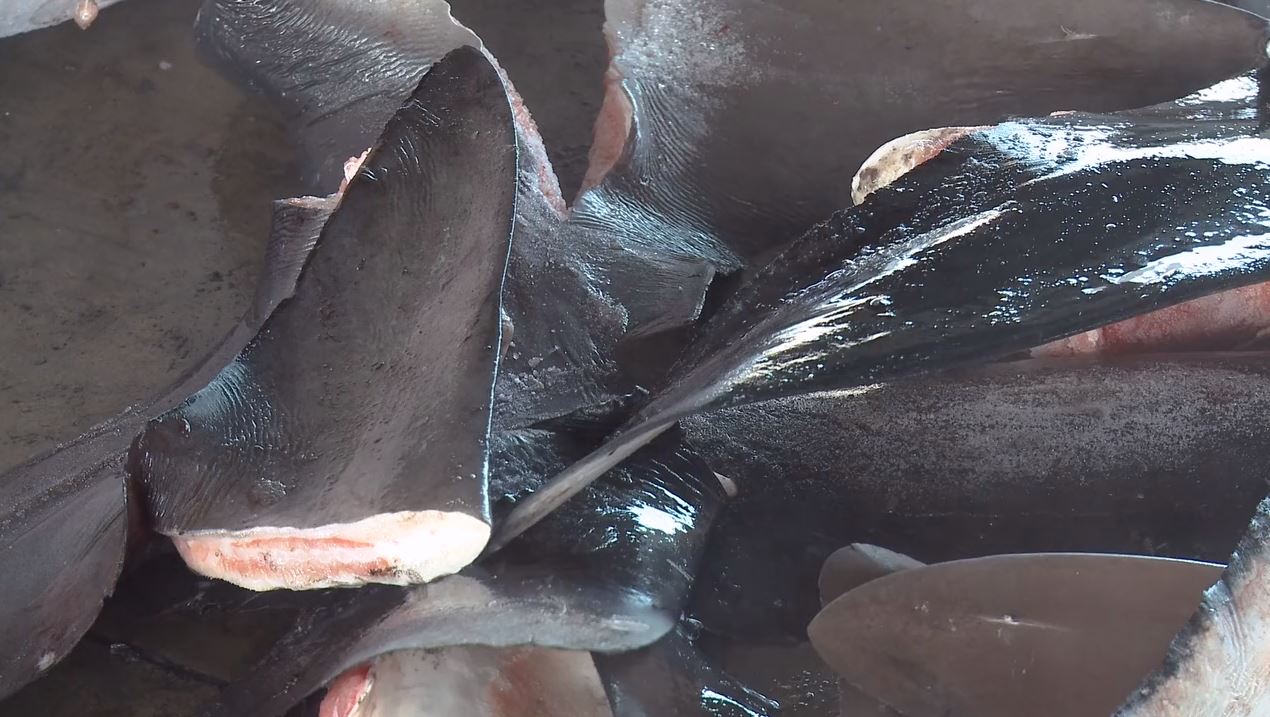 Sharks: In Deep Water is a film that has been designed to educate, inspire and – ultimately – to make a difference. It is uplifting and joyful at times, sad at others, but crucially it is hopeful and an authentic telling of the issues facing sharks present day.

Join Matt, Louise and Samantha and their team as they journey from Morocco to Continental Europe and on into the UK, documenting a trade in sharks closer to home than you ever imagined possible – and finding ways to spark positive change. 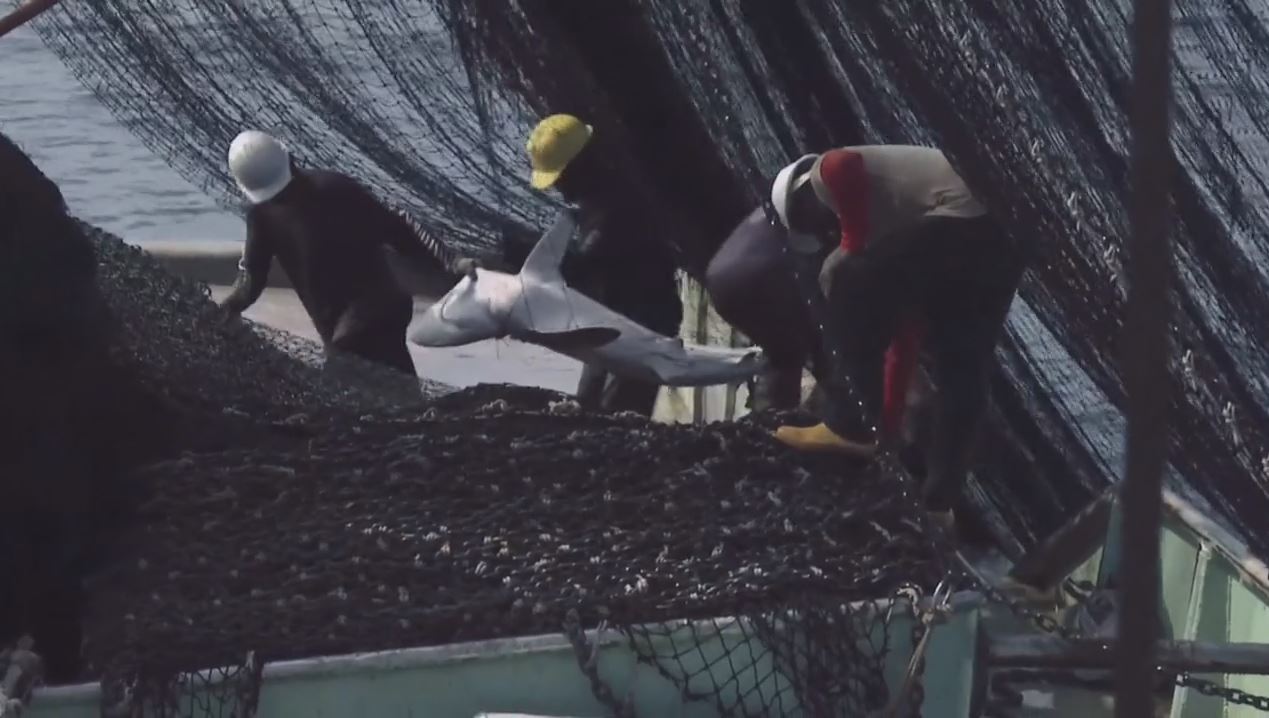 Producer Matt Brierley has worked across a suite of Natural History programming including Planet Earth II, Blue Planet II and The Earthshot Prize: Repairing Our Planet.

To watch the film’s trailer, get tickets to the premiere or learn more about the film visit www.sharksindeepwater.com. Details of future screenings will also be announced there.

The film team would like to thank Primordial Radio, Bristol Green Capital, Greenpeace, Exeter University, Manchester University, The Daily Mirror, the MCSUK and those who generously supported and publicised their crowdfunding campaigns including Scubaverse.