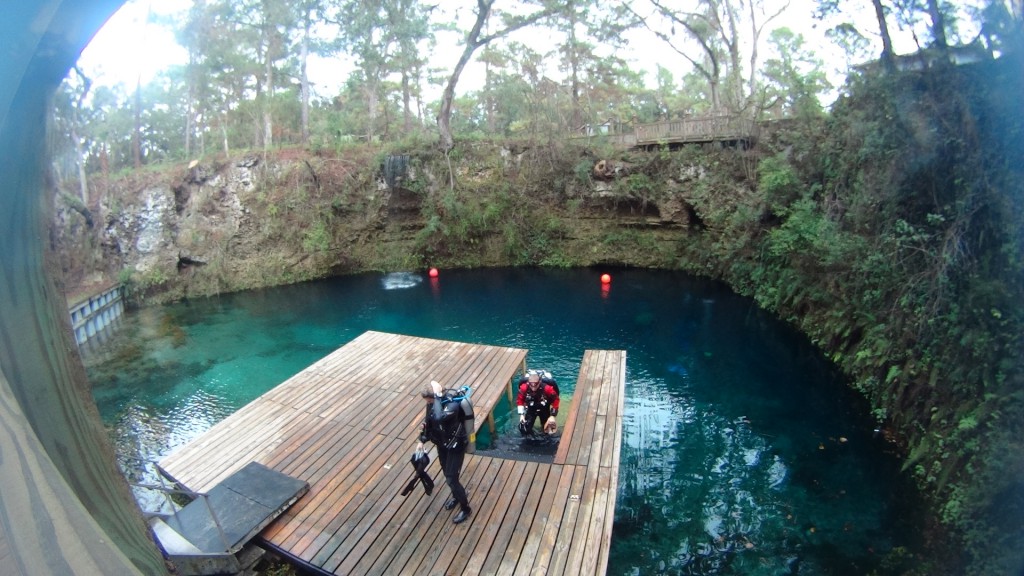 On the evening of the 25th December 2013, rescue divers found Darrin Spivey’s lifeless body floating 120 feet below the surface of Eagle Nest Sink, a popular spot for cave divers in Florida. His regulator was out of his mouth and dangling between his legs, according to a recovery diver’s interview with Detective Jill Morrell of the Hernando County Sheriff’s Office.

His body was above two reserve tanks, according to the three divers who recovered the bodies of Spivey, 35, and his 15-year-old son, Dillon Sanchez.

The sheriff’s office released the findings of an investigation into Spivey and his son’s deaths last week.

According to the report, they died accidentally after their tanks ran out of oxygen.

The diver’s equipment showed they dived down to 233 feet using air alone in their tanks. According to rescue diver Eric Deister, the men should have been using a trimix combination for their breathing supply, not air alone. Deister told investigators Spivey and Sanchez should not have ventured lower than 218 feet on the air supply they took with them due to toxic effects.

The divers believe Spivey and Sanchez, neither of whom were certified cave divers, lost track of time while exploring the caverns at Eagle Nest Sink. Spivey was a certified open water diver, and his son did not have any diving certifications whatsoever.

Because Spivey’s air hose was not in his mouth, the divers thought Sanchez ran out of air, and his father attempted to give him air using a “buddy breathing” technique.

“They (the rescue divers) further stated that they believed that Dillon panicked and attempted to swim to the surface, as he did not have his mouthpiece intact and his mask was around his neck,” the report states.

Sanchez’s body was found 67 feet below the surface.

After the divers were pulled out of the water, the rescue divers and investigators found their tanks had run out of air. Batteries from their light sources had stopped working as well.

According to Spivey’s fiancee, Holly King, Spivey and Sanchez left before 7 a.m. Christmas morning to go diving at Buford Spring, also located in the Chassahowitzka Wildlife Management Area, but found it flooded. Spivey sent a text message to King, telling her they would dive Eagle Nest, and that he would call her after.

The divers were last seen by a hunter around 11 a.m., suiting up and preparing to dive. King called law enforcement around 3 p.m. when she hadn’t heard from them, and drove out to the sinkhole cave site an hour later. She spotted their vehicle, and began contacting family members, the report shows.

The men had the proper equipment to dive, but not the experience and training, according to experts.

Law enforcement did not test the air quality of the tanks, the report shows, because the medical examiner said the test results would not change the cause and manner of deaths in the case.

Spivey was a Hernando High School graduate who worked as a roofer. He was remembered as a “super father” to his children, according to his father, Chester Spivey.

Sanchez was a Hernando High School student in the ROTC program, and aspired to become a Navy SEAL.

Eagle Nest Sink does not check diver certifications. Reaching depths of 300 feet, the diving spot has been called the “Mount Everest” of cave dives. In the weeks following the accident, Florida Fish and Wildlife Conservation Commission spokesman Gary Morse said the FWC had received one request to close the diving spot (from Chester Spivey) and many requests to keep it open.