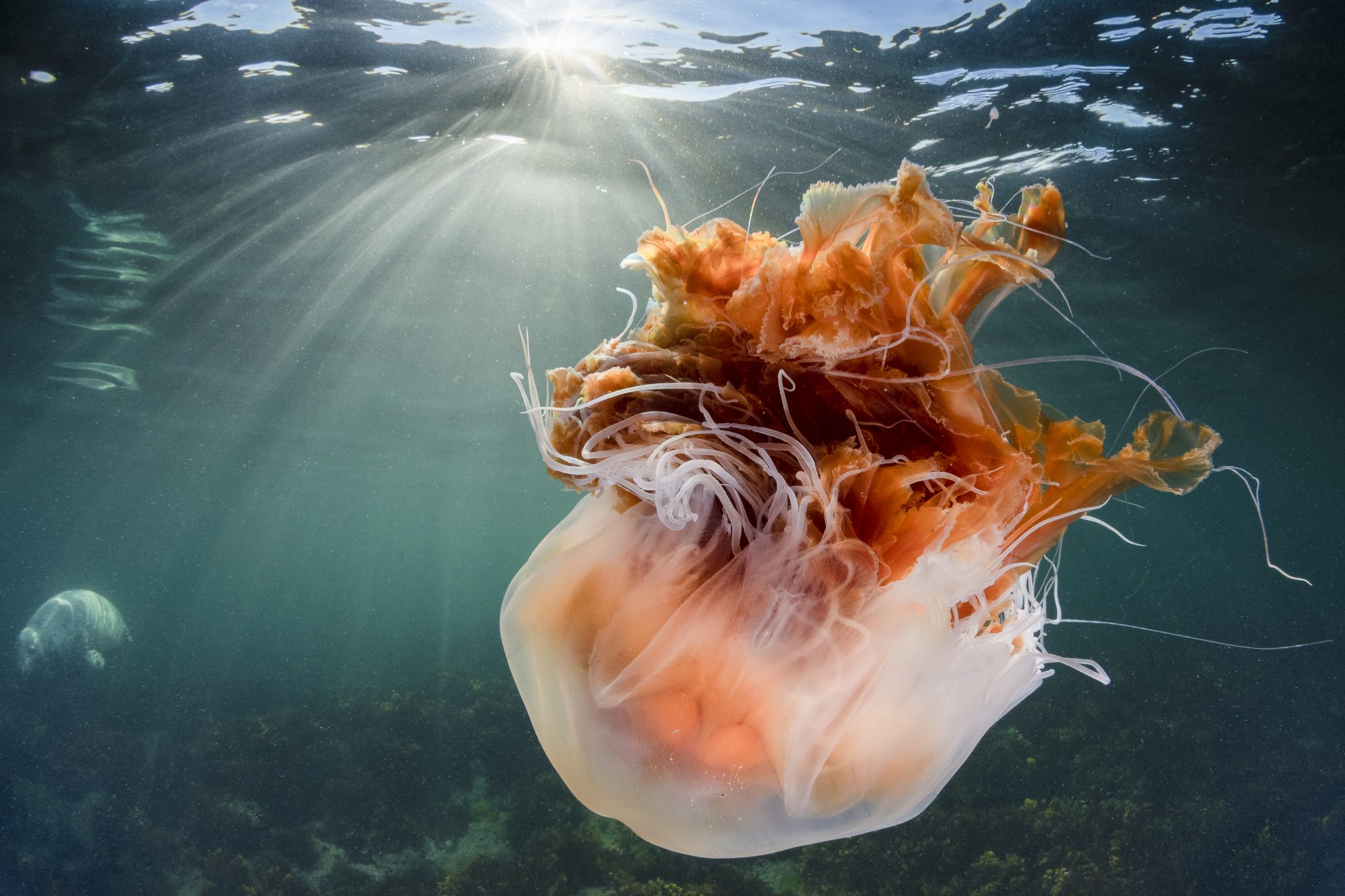 The project asks the public to report jellyfish and marine turtle sightings in and around the UK and Ireland’s shores. The charity collects and analyses reports of these species to identify trends in their distribution around the UK. Changes in when and where marine wildlife are spotted can help understand how the ocean is changing in response to environmental factors, like climate change. 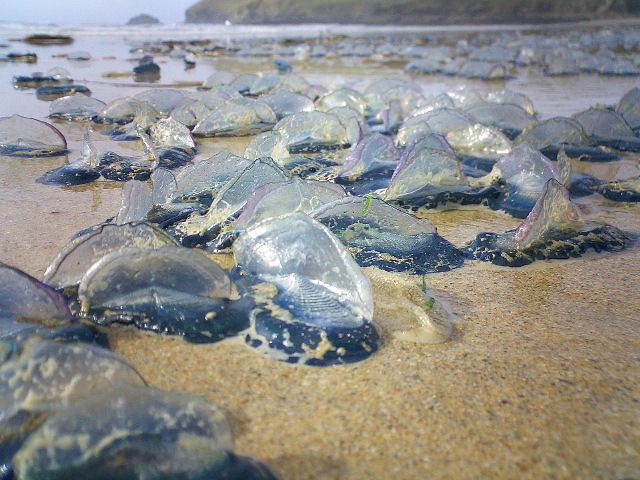 Between 1st October 2021 and 30th September 2022, there were a total of 1,315 jellyfish sightings reported to the Marine Conservation Society. The charity regularly records sightings of eight jellyfish species which are found around the UK and Ireland. More uncommon visitors were also spotted in our waters, with 11 species in total reported in the past year.

The compass jellyfish (pictured) was the most reported species, making up almost a quarter (23%) of total sightings. This was followed closely by moon jellyfish (also 23%), which were often seen in smacks (groups of jellyfish) of over 100.

Storms in October 2021 and February 2022 led to an increase in Portuguese Man O’ War sightings, which were up by 2% from the previous year. Although they have a bad reputation, these jellyfish-like creatures don’t normally occur in UK waters, preferring instead to drift in the open ocean. 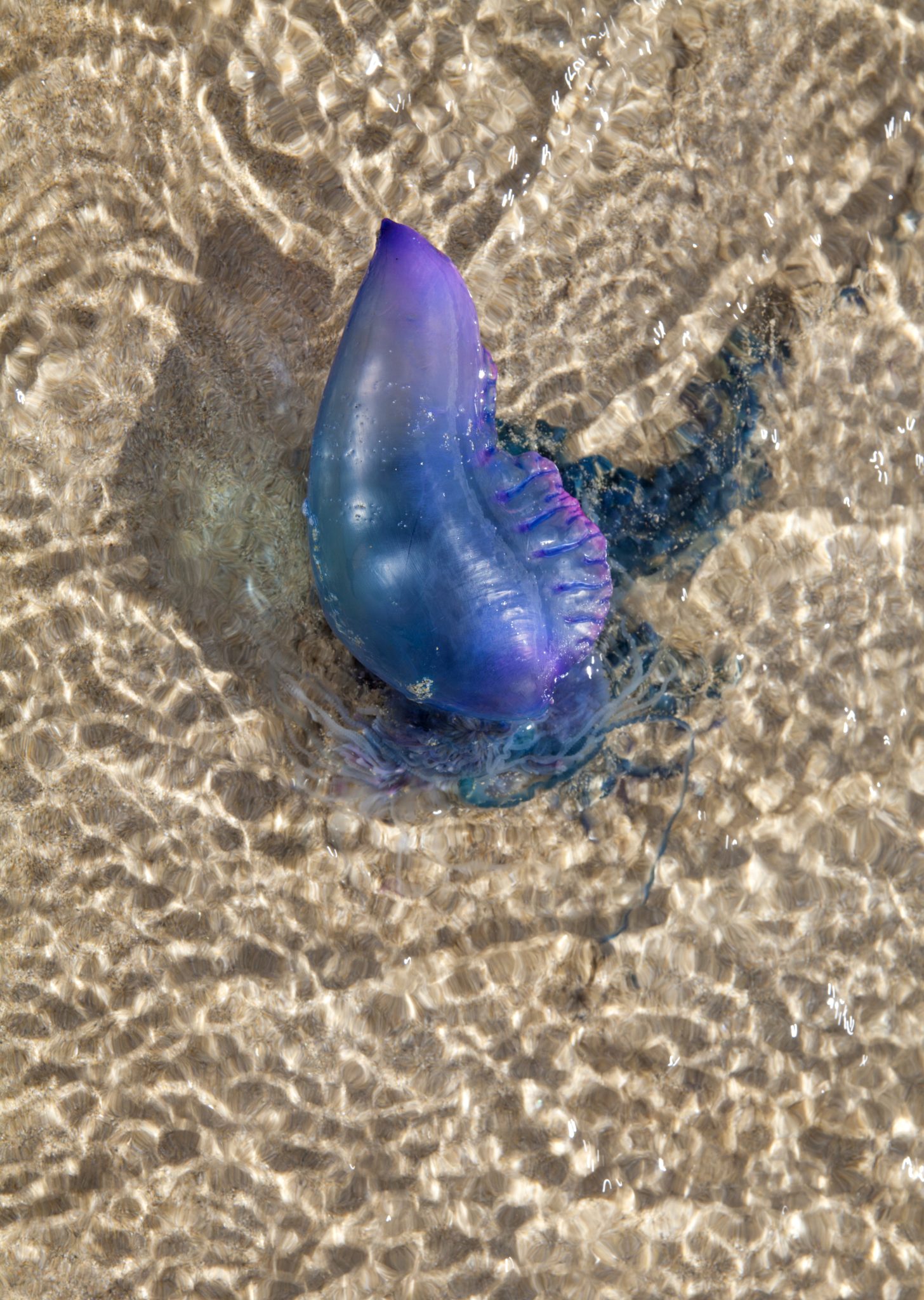 Sightings of these unusual visitors were primarily along the Southwest coast and the west coast of Scotland, with westerly winds carrying them across the Atlantic to our shores. Sometimes stranding at the same time was the violet sea snail, which floats on the surface in bubble rafts, feeding on Portuguese Man O’ Wars.

The charity saw an increase in ‘other’ species reported, up from 5% to 9% this year. Among these were the bioluminescent crystal jellyfish, which made up 3% of total sightings and sea gooseberries at 1% – the highest percentages reported to date. 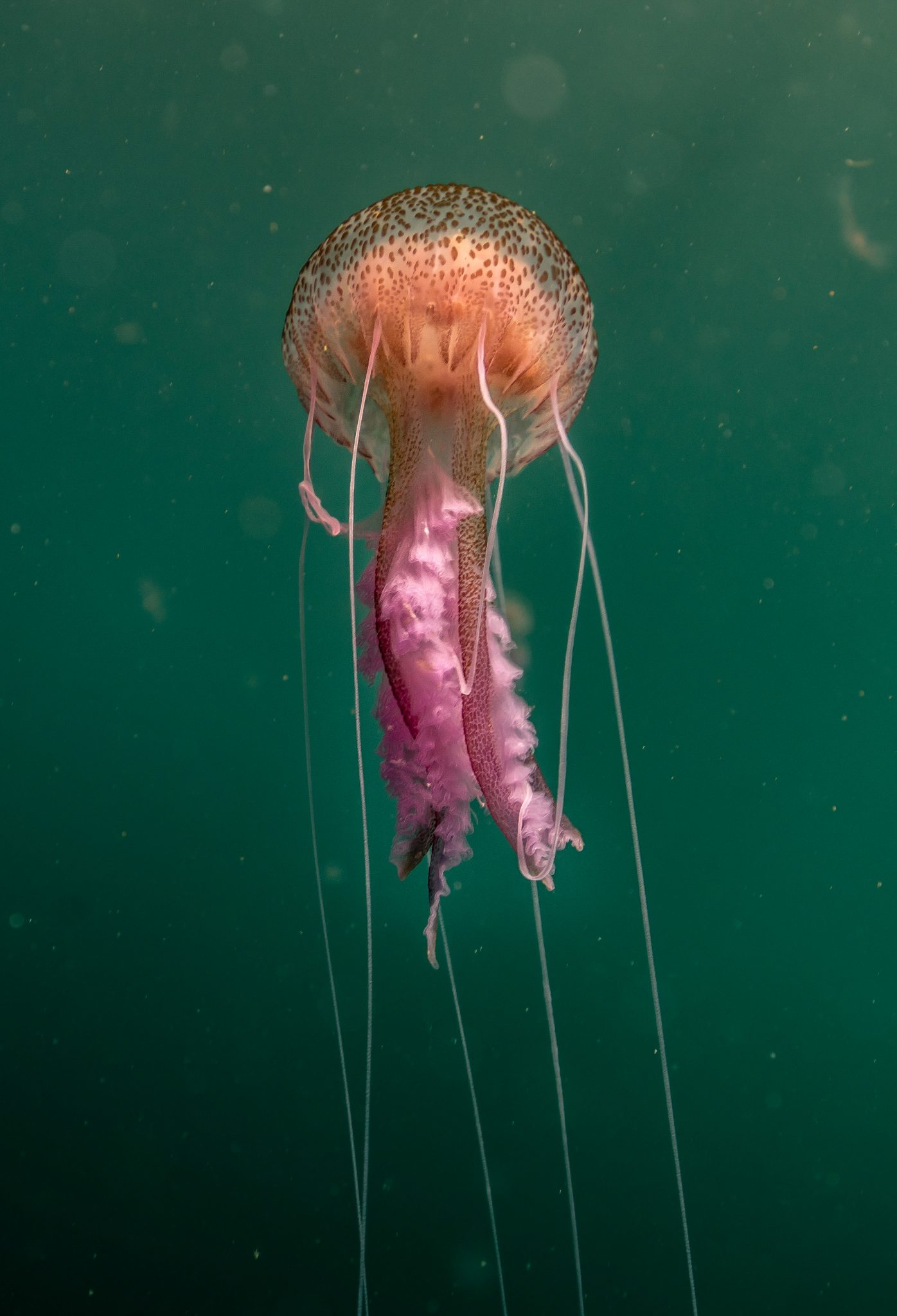 Tracking reports of ‘other’ species, like these, could show how changes in temperatures might be impacting jellyfish diversity in the UK.

Crystal jellyfish are usually found in the Pacific Ocean, rarely spotted in UK waters, suggesting that warmer temperatures may be impacting jellyfish diversity in the UK.

Jellyfish are especially appealing for marine turtles, which visit UK waters in the summer months to feed on them. 11 turtles were also reported, six of which were live leatherback turtles, spotted on the coast of Scotland. Leatherbacks are the largest turtle species with a diet mainly consisting of jellyfish. 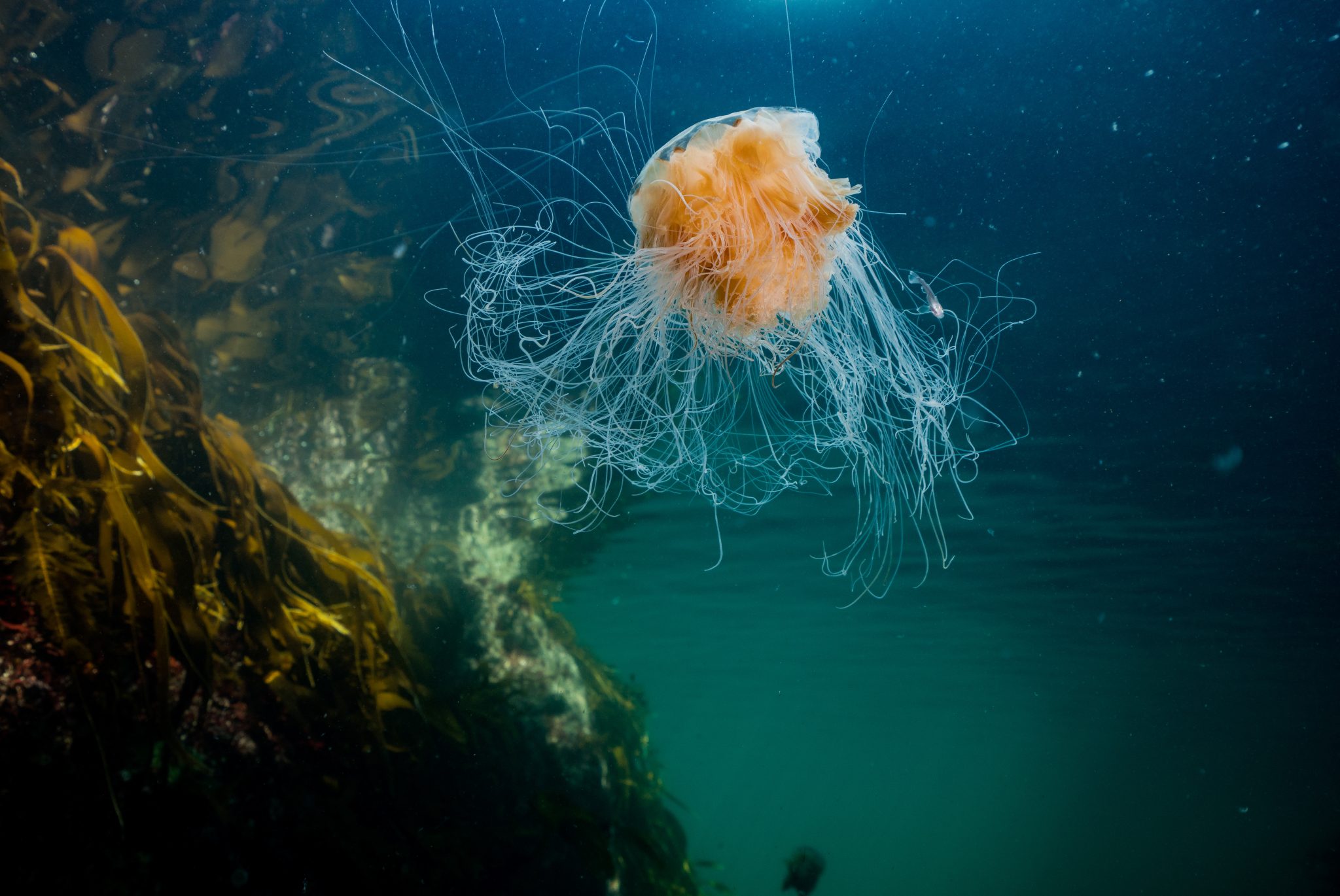 “We use these sightings, alongside scientists, to spot trends in the distribution of jellyfish and marine turtles around the UK. Investigating the relationships between species can help us to discover more about our amazing underwater world and how it might be changing in response to things like climate change. A huge thank you to everyone who reported their sightings – with more reports we’re able to understand even more about our ocean.” 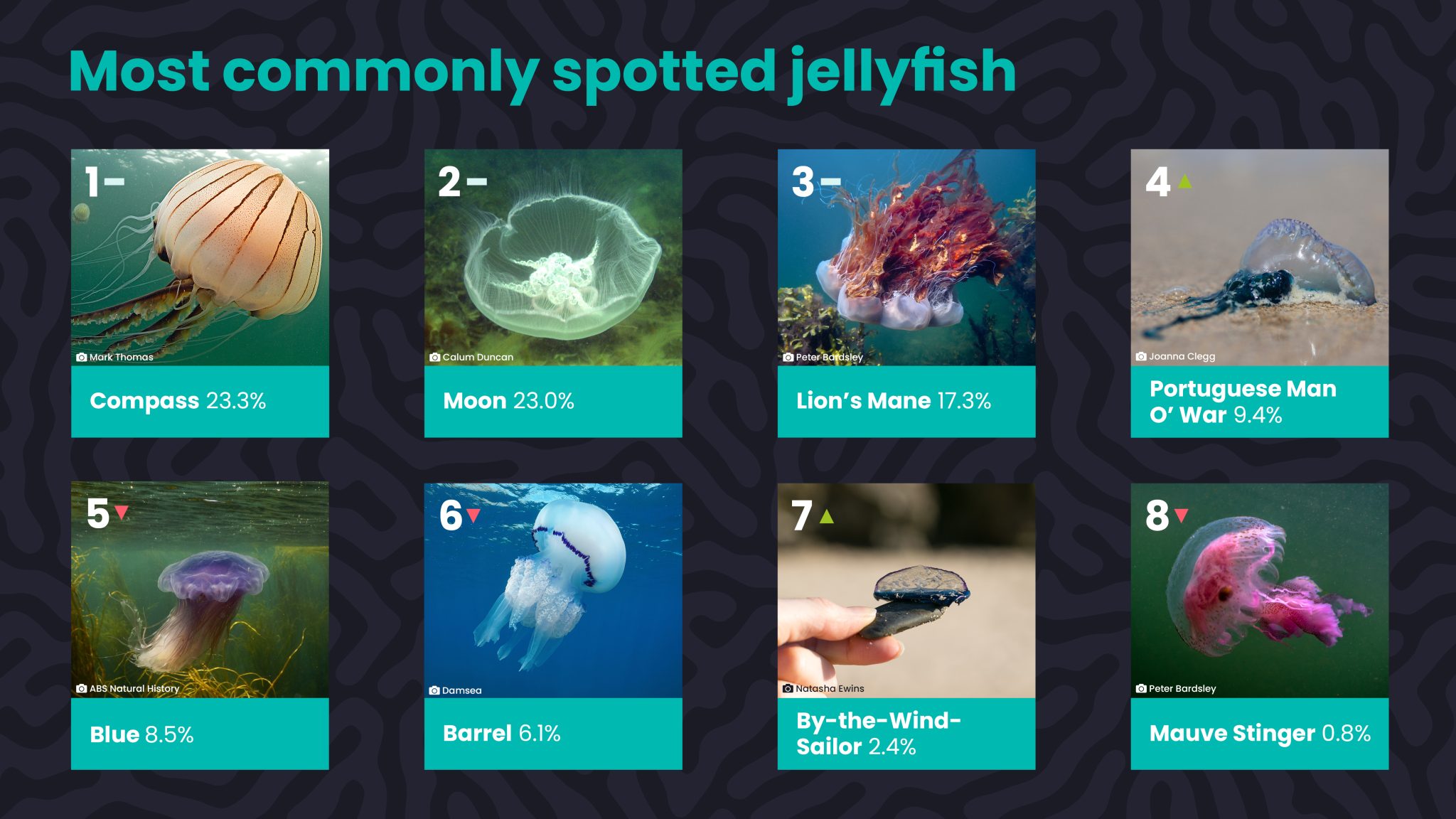 The Wildlife Sightings turtle data will contribute to the Turtle Implementation Group’s annual ‘British & Irish Marine Turtle Strandings Report‘, of which the Marine Conservation Society is a lead partner, which will be released in March 2023.

The Marine Conservation Society continues to run its wildlife sightings project to see what happens to the distribution and frequency of mass jellyfish blooms over time and will be celebrating its 20th year of the national jellyfish survey in 2023.

The charity is encouraging the public to continue to report any species they see, with some visiting our shores in winter months. The data will help to explore any links jellyfish blooms have with big-picture factors such as climate change. Long-term datasets, like this one, can also help predict where jellyfish blooms may occur to ease the problems large blooms cause the marine industries.

For more information on the Wildlife Sightings project including the full report and to report a jellyfish or turtle sighting, please visit the Marine Conservation Society’s website: www.mcsuk.org.

Virtual Dive events this November from Regaldive and Dive Worldwide