The story of a week in the Florida Keys working with four amazing young men.

William Ernest Henley’s poem Invictus sums up the spirit for four very special young men from Great Britain that I had the privilege to work with in the Florida Keys between 21- 29 April 2013. We were joined by one former US Marine on the programme but my focus will be on the four British guys who I know well.

I first met Dan, a man in his early twenties, at a meeting hosted by the UK Veterans’ Charity in their offices in the village where I live in Buckinghamshire. It was clear Dan was seriously depressed; I knew he had suffered a serious knee injury in an IED explosion in Afghanistan and as many was deeply affected by severe PTSD.  The first meeting wasn’t easy and Dan’s non-verbal communications showed that he was very uncertain about Deptherapy and me. I really shouldn’t have been surprised; I had seen an article about Dan in the Veterans’ charity newsletter and immediately knew he would benefit from attending a Deptherapy programme. The offer of a place on the programme was routed through the Veterans’ Charity CEO. And so we met with the CEO who had worked closely with Dan present throughout the meeting.

Move forward a few months to the days immediately after Dan and the other three injured soldiers had returned home to the England from the Florida Keys and Dan sent me a text in which he said of the two of us ‘We are friends for life, you have turned my life around!’

This is the story of how Dan and his three fellow programme members benefited from the Deptherapy programme.

Deptherapy was founded by Fraser Bathgate, himself a paraplegic as the result of a climbing accident. Fraser was the first paraplegic to qualify as a PADI diving instructor.  The history of Deptherapy, a UK based charity can be found on the charity’s web-site at www.deptherpay.co.uk

At the core of the Deptherapy programme is one pool dive and three shallow dives, which can all best be described as ‘Discover Scuba Diving’ experiences. But there is much more to the programme than just the dives; there is the relationship that develops between the Deptherapy staff team; the generosity of the community of Key Largo and the added extras: being met at Heathrow and Miami airport by Metropolitan Police Service and Miami Dade police officers respectively. They check in through Virgin Upper Class desk, breakfast in the Club Lounge, and are upgraded on the flight when seating is available.

In addition to Dan, we had another Dan (28), who is a close friend of the first Dan and has a very rare through the shoulder amputation of the right arm and shoulder. He wears a prosthetic shoulder without which he would not be able to wear a bcd. We also had Kevin (27) who had previously been on the programme but who after major surgery we decided was in need of further help and finally Pete who is a single below the knee amputee and who is already a PADI DM and will shortly complete his IDC and IE in Cambodia.

The enthusiasm of the four was clear to be seen as they tucked into breakfast in the Virgin Club Lounge prior to departure on flight VS005 to Miami.  In seemed like no time before we were off the flight and being escorted to our waiting SUV by our friends in the Miami Dade Police Department and TSA.  Dinner in the Pilot House in Key Largo was the prelude to an early night in bed for all of us.  Apeks Aqua Lung had kitted out all the guys so we had sized their kit prior to departure.

Pete worked with me to help teach Dan, the through the shoulder amputee. We had moved his primary 2nd stage to the left hand side of his 1st stage and with Apeks providing the i3 system for buoyancy control rather than the traditional low pressure inflator hose we were able to make the left side of his body fairly free of obstruction.  Of course being one-handed does provide problems; how do you put your mask on with one hand?  To me when practising this skill it seemed near impossible – to Dan it seemed like second nature.  This is a classic example of where instructors need to be very careful in assessing what a physically or mentally challenged person is capable of.  They will very often have adapted to life missing a limb etc.  Dan was more than capable of assembling and disassembling his scuba equipment with just one hand. 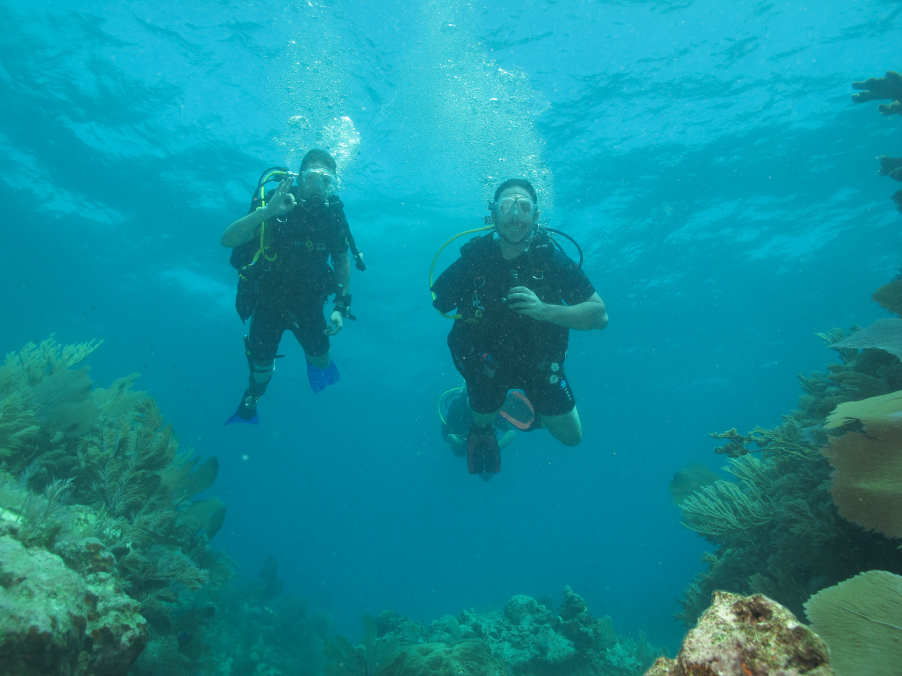 Kevin and Dan (the younger) both have knee injuries and the decision was they would always do backward roll entries to the pool and ocean, rather than a giant stride.

The pool session went without a hitch and it was pretty clear that the two Dans and Kevin had decided that they couldn’t wait for the three ocean dives.  The two Dans were beaming and there was a brilliant atmosphere amongst the guys. The buzz was ‘bring on’ the ocean.

Almost every night there was a hosted event to attend, sponsored either by individuals or by local businesses.

So it was down to Horizon Divers in Key Largo for the first ocean dive, blue skies as usual and a calm ocean (but sea sick pills were in demand!).  It was interesting watching the excitement and anticipation build in these young men’s faces as they sailed closer to the selected dive site.  What can I say – turtles, a Nurse Shark and all manner of fish greeted the soldiers as they experienced perfect diving conditions. 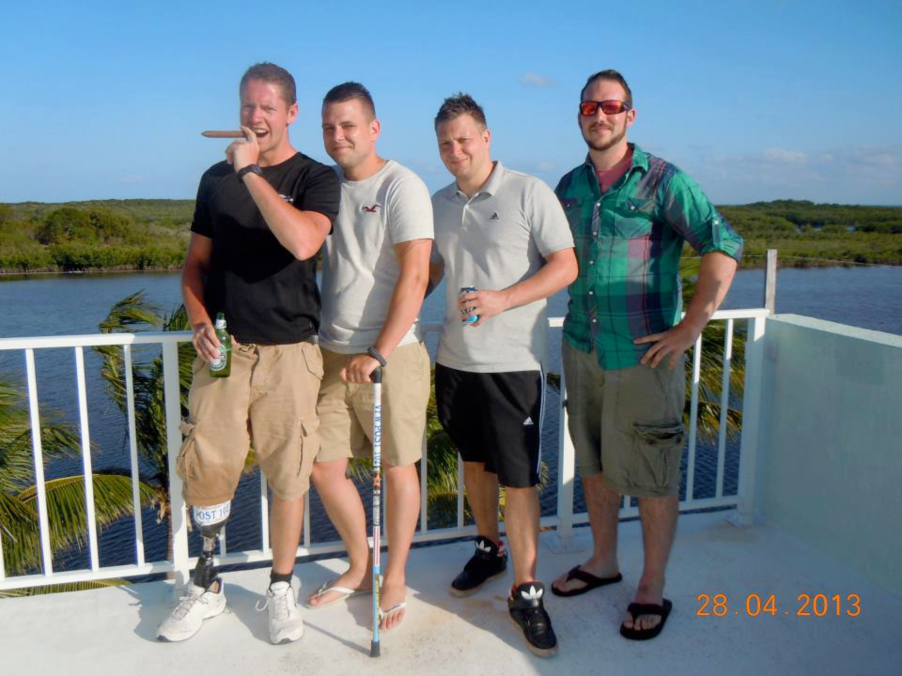 Dives two and three were similarly well received and the enthusiasm for more diving was clear to all.  The two Dan’s have signed up to complete their PADI Open Water courses and Kevin will join them as he kick-starts his diving journey.

Four brave young men, amazing memories that will last a lifetime and the warmth and generosity of the people and communities of Key Largo that never will be forgotten.