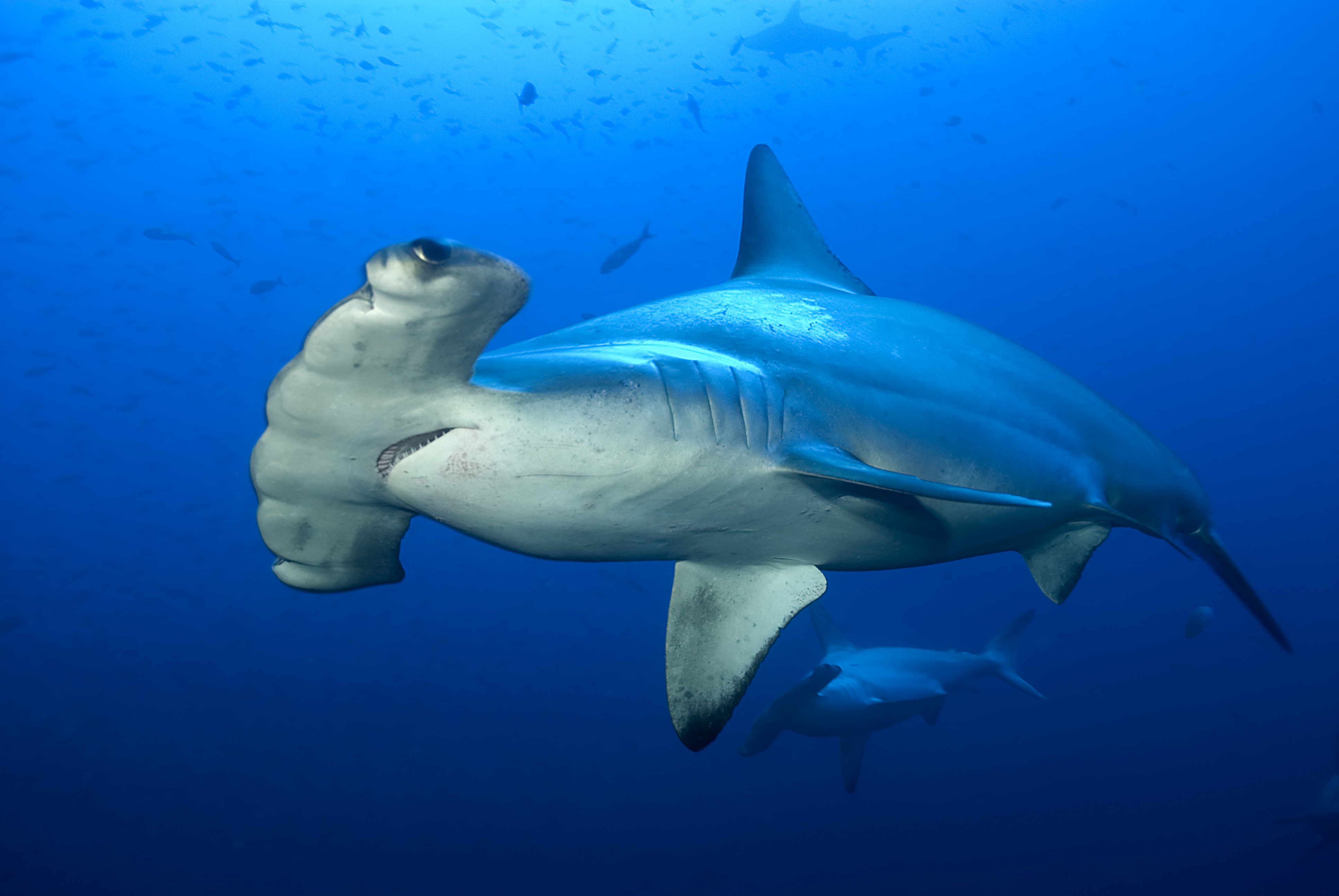 Global momentum for elasmobranch conservation continued with a clean sweep at the CMS Conference of the Parties (CoP) in Quito, Ecuador yesterday, as all 21 proposed species of threatened sharks and rays were successfully listed on the appendices of CMS (CMS is an intergovernmental treaty under the United Nations Environment Program. CMS CoPs take place every 3 years). 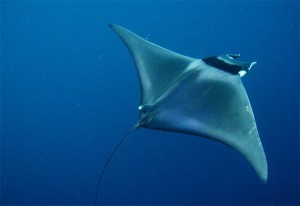 In summary, all five sawfish species,  all nine species of Mobula (devil rays), and the reef manta ray have been listed successfully on Appendix I & II, which should bring about stricter protections for these species globally. Two species of hammerheads (the great & scalloped), all three thresher shark species (the bigeye, common and pelagic), and the silky shark have been awarded CMS Appendix II listing, which should encourage increased regional cooperation for their conservation.

The Marine Megafauna Foundation is particularly delighted about the inclusion of sawfish, the world’s most endangered marine fish and of course the reef manta ray, which was overlooked in the 2011 proposal to list the giant manta ray on CMS. 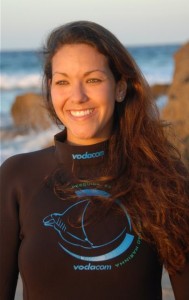 “This is another tremendous success for the rays,” gushed Dr. Andrea Marshall, director of the Marine Megafauna Foundation. “These CMS listings were sorely needed to help secure increased protection and management for these incredibly threatened species which are declining at alarming rates.”

Marshall, who made a passionate intervention before the Parties on behalf of MMF and a collation of NGOs last Thursday, is the principal scientist for MMF’s Global Manta Ray Program and has been actively collecting data to support the proposal for Manta alfredi for years. She and her research team have conducted peer-reviewed scientific studies on three different continents demonstrating the highly mobile nature of this species in the lead up to CMS CoP11.

MMF scientists had already helped show that manta rays are amongst the least fecund of all shark and ray species with extremely conservative life history traits, most notably their small litter size. Low productivity species are highly vulnerable to human pressures, particularly fishing, one of the main reasons they are listed as vulnerable to extinction on the IUCN redlist of endangered species. However, to be eligible for a CMS listing, there needed to be evidence that the reef manta ray is also a migratory species in need of regional conservation efforts. 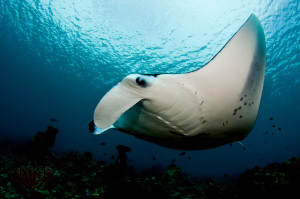 The MMF say they have been extremely concerned about the reef manta since their team documented a swift and significant 88% decline in observational sighting records of Manta alfredi at one of the most important aggregation areas for this species in the Indian Ocean. This local artisanal fishery for reef mantas in Mozambique predominantly uses resulting products domestically and operates at a much smaller scale than more organized fisheries for manta rays being monitored other parts of the globe. The implications of this study should be obvious and show the swift and devastating effects even small-scale fisheries can have on even relatively large populations of this species.

While international trade issues have been recently addressed with an Appendix II listing on CITES, domestic harvesting of Manta alfredi within range states is still an issue that threatens the survival of the species. This CMS listing will now encourage its protection within range states, prompt better management of populations and help to facilitate much needed research. 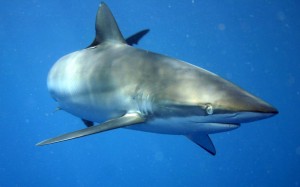 Across the world NGOs* have been voicing their opposition to unsustainable fisheries for sharks and rays, highlighting that these charismatic species would be much better used as drawcards for marine tourism, an ever-expanding and very lucrative industry that profits a wider variety of stakeholders and returns and expands the opportunity for continued profit to the countries where these species reside or frequent. Current estimates place global revenues from manta ray related tourism at close to $140 million US dollars annually.

Manta rays cannot afford to be exploited and MMF have commended Fiji for sponsoring this proposal and Ecuador, the host country, for paving the way for global manta conservation in recent years.

“This is a major win for sharks and rays,” said Dr. Marshall. “these timely listings will go a long way to ensure that these species do not go extinct in the wild.”

To find out more about the MMF visit www.marinemegafauna.org. 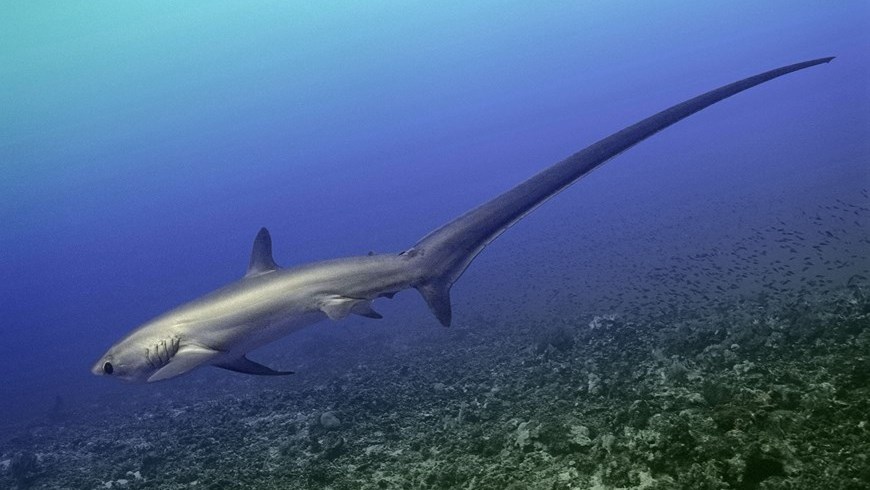 Win a diving holiday to the Red Sea!!!

Snorkeling and scuba diving in Curacao is a dream for anyone who loves the combination of amazing beaches and the mind blowing biodiversity that exists along 104 square kilometers of its fringing coral reefs. So if you are interested in the ultimate Caribbean snorkeling adventure then keep reading as The Suit Ocean Team takes you on a one hundred kilometer snorkeling tour of Curacao’s southern shoreline.

As passionate residents of our Dutch Caribbean Island, we must congratulate The Suit Ocean Team for creating more awareness about the importance of protecting our beautiful fringing reef systems in Curacao. 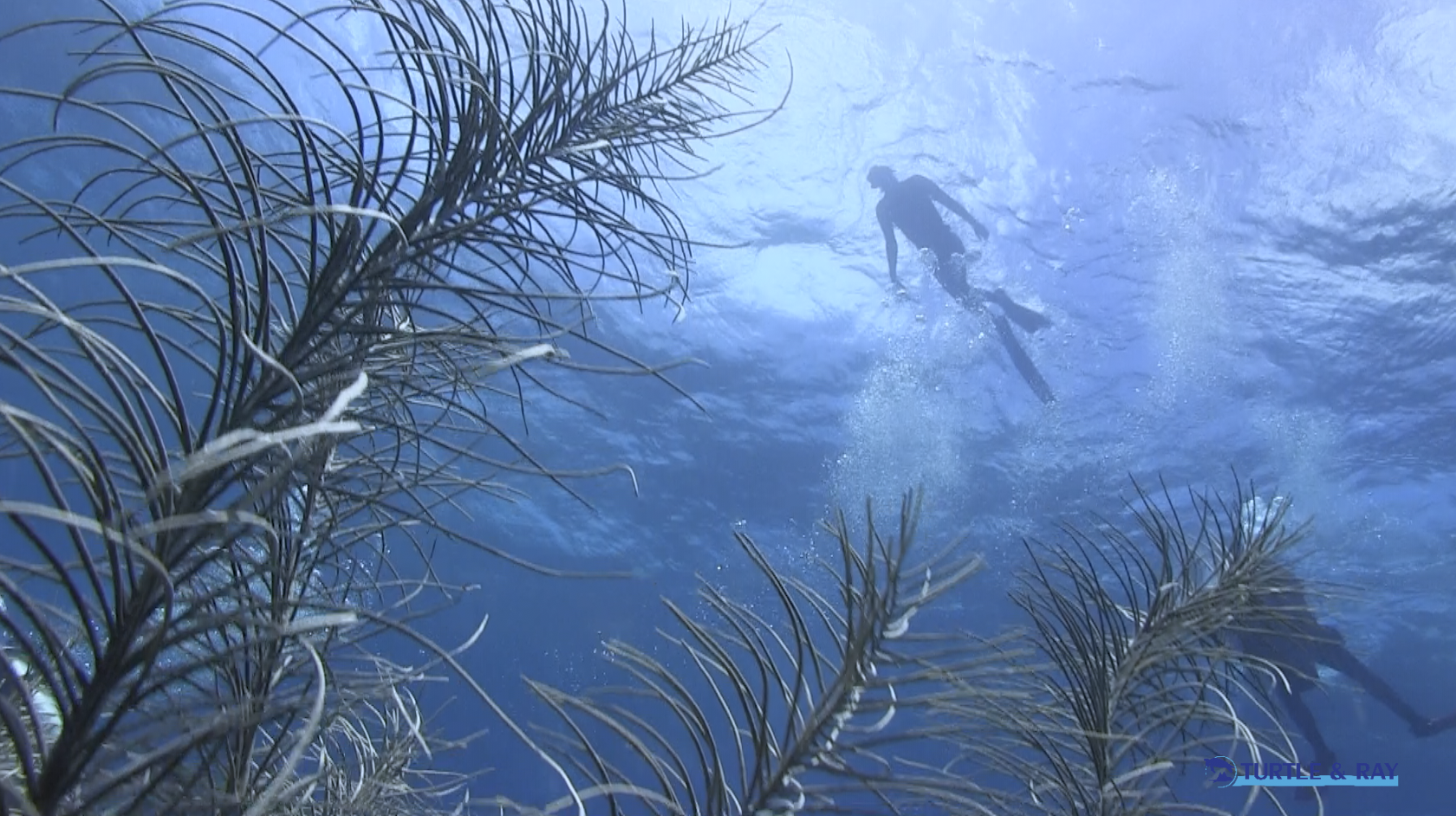 The film, Curacao Underwater Kunuku (Kunuku is Papiamento for Garden), not only documents this ultimate snorkeling adventure showing you how easy it is for everyone to access and enjoy a snorkel or diving experience, but it also showcases the interaction between man and nature, highlighting the beauty of underwater life while promoting conservation, preservation and the need to protect these vital habitats.

These are the key ingredients to this beautiful short film documentary. Watch NOW and please enjoy our “CURACAO UNDERWATER KUNUKU”.

This film, produced by the Lawrence Mensa Foundation (LMF), is also available in multiple languages including: Spanish, Papiamentu, Dutch, Portuguese and German.

The Ocean Film Festival World Tour is bringing a new collection of the world’s best ocean-themed films to venues around the UK this autumn.

From big wave surfing to tiger shark conservation, the Ocean Film Festival is a cinematic celebration of the planet’s oceans, with inspirational short films from above and beneath the waves.

“Dive into a night of wild seafaring voyages and astounding marine life – without getting your feet wet!” says tour director Nell Teasdale.

“We’re so excited to be bringing this brand-new collection of captivating films to ocean-loving audiences around the UK – and we guarantee you’ll be inspired to have an ocean adventure of your own too.”

For 2022, the Ocean Film Festival will be working with PADI, the world’s largest diver organisation, as presenting partner.

“PADI enables people around the world to seek adventure and save the ocean through underwater education, life-changing experiences and travel. By partnering with Ocean Film Festival UK Tour, we hope to engage British ocean lovers and adventurers in the wonder of scuba diving!” says Rachel Croft, marketing manager at PADI.

“Both PADI and Ocean Film Festival are advocates of the ocean and we both strive to bring people together to celebrate and protect our amazing ocean planet. Partnering with likeminded organisations like Ocean Film Festivalenables us to unite our passions and work together towards a healthy future for people and planet.”

The Ocean Film Festival originated in Australia, with the aim of inspiring people to explore, respect, enjoy and protect the oceans. As well as captivating films, each screening will see a free prize giveaway to win ocean-related goodies.

To find out more, watch the trailer and book tickets, visit www.oceanfilmfestival.co.uk.