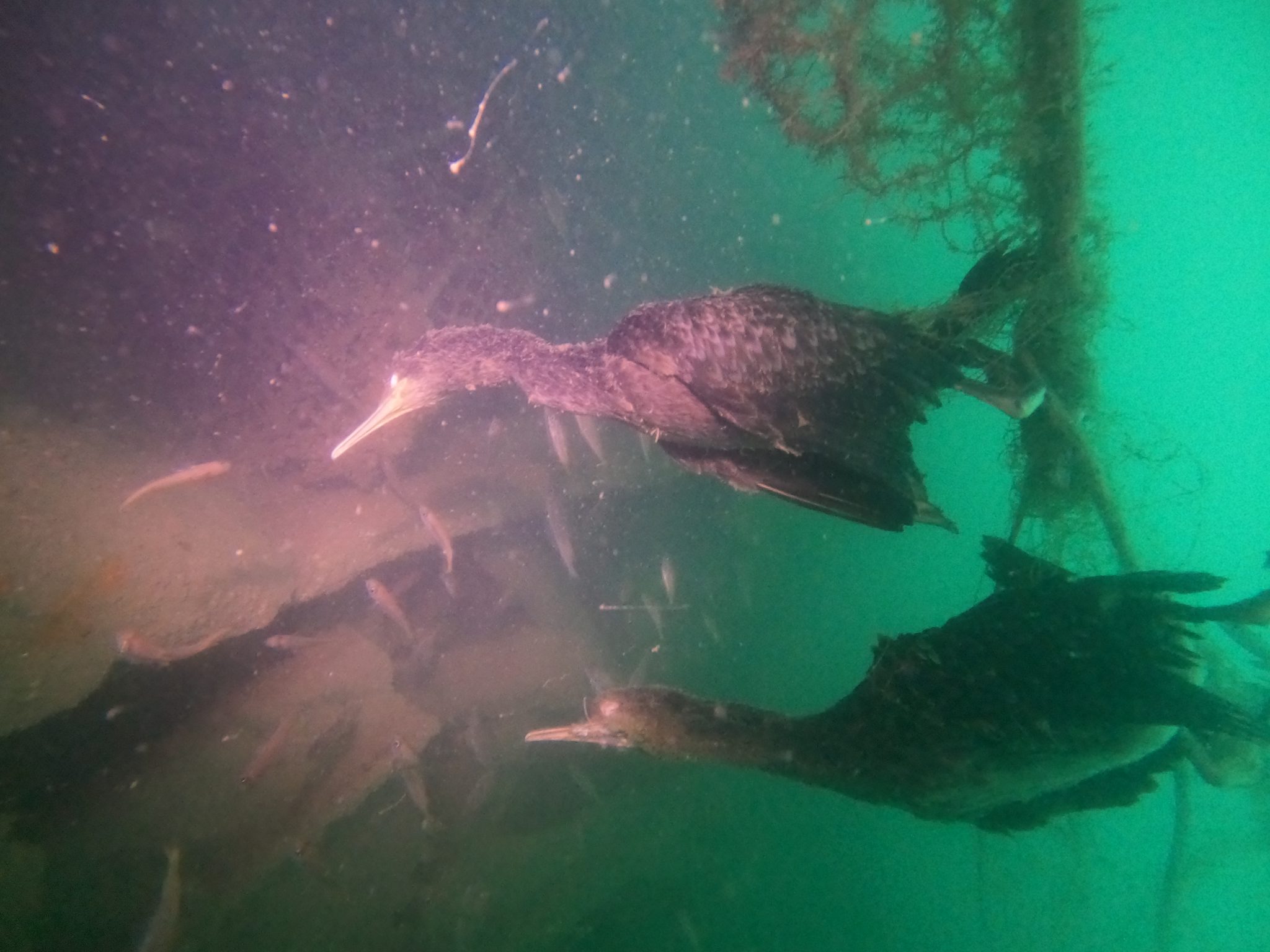 The charity of volunteer scuba divers responds to reports of lost fishing gear known as ‘ghost gear’ from divers and fishermen, by surveying and then removing the lost gear which continues to fish, unseen.

Cormorants are common diving birds that dive beneath the waves to catch their food, but unfortunately can succumb to getting tangled in fishing nets. 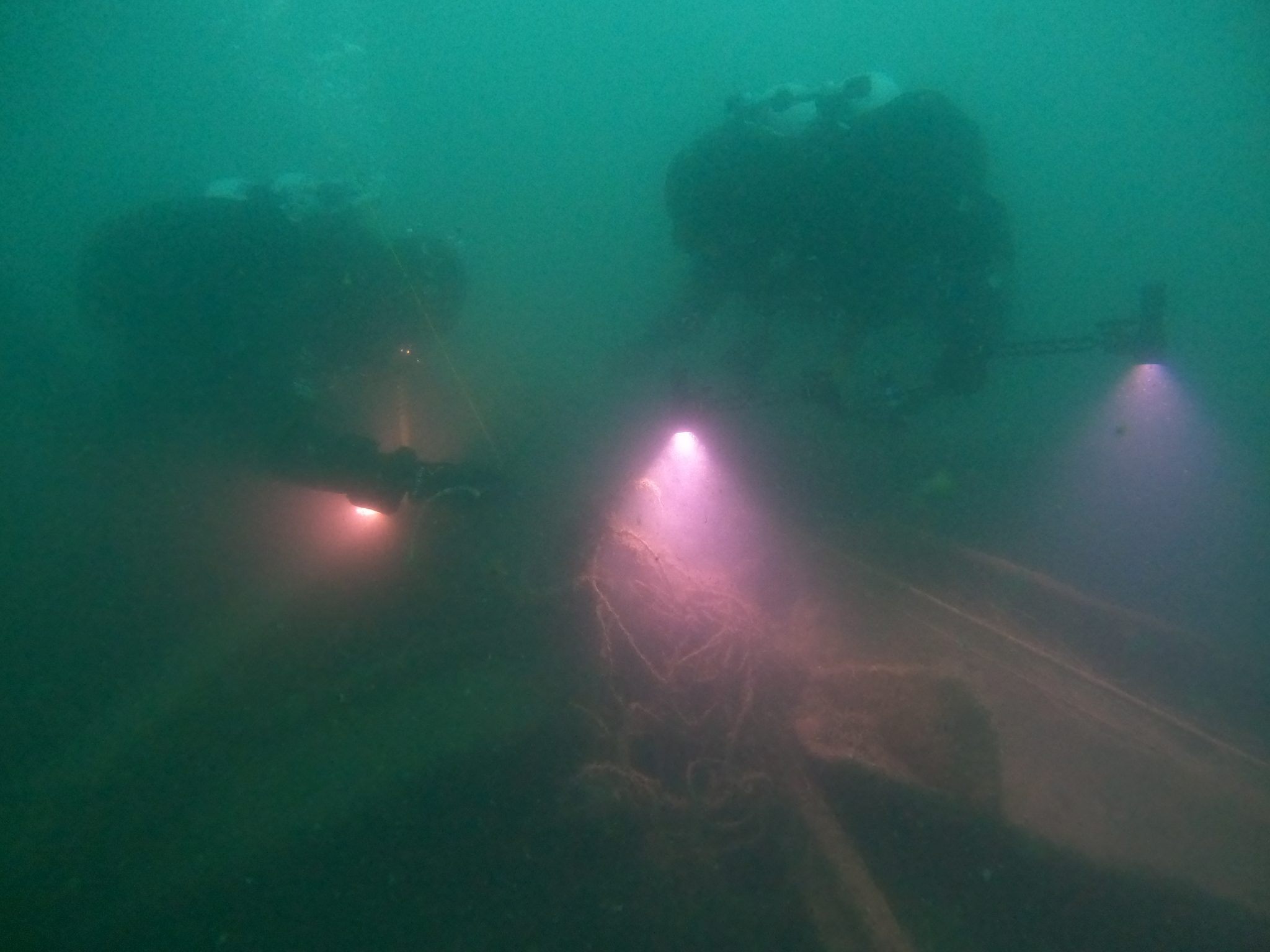 Lost fishing gear is a global problem, with an estimated 640,000 lost into the oceans each year. Locally, it can have a significant impact on the local wildlife, ocean habitats and it’s not just fish that succumb to the hidden threat.

Fred Nunn, trustee, and operations officer for the charity explains: “We received reports from Jessica Hannah at Teign dive Centre of a gill net across the wreck of the Galicia, so we quickly put a team together. We were worried about the weather being near the end of season, but we found the net and the trapped animals.”

The divers soon came across four dead cormorants. The diving sea birds were tangled in a lost gill net which was strewn across the breadth of the wreck. The divers also came across a trapped pollack and Ballan wrasse which were both still alive and freed from the net. Edible crabs and lobsters were among the trapped sea life and in total, 11 animals were freed but another 8 had died in the ghost net. 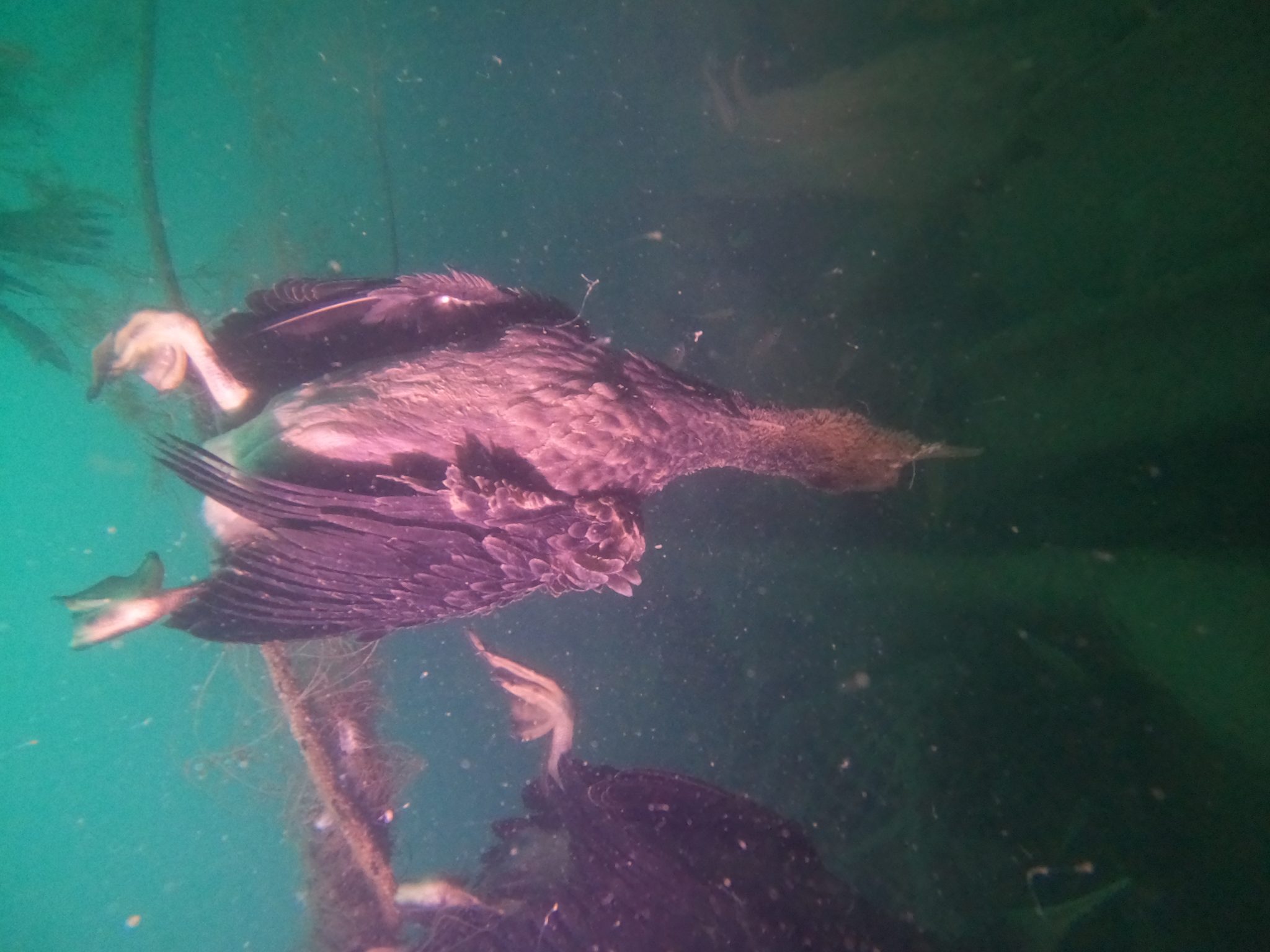 The charity raises money from public donations and campaigns to clean up lost fishing gear from UK waters. This year Ghost Fishing UK won the Sustainability Award at the Fishing News Awards in Aberdeen for their work and cooperation with the fishing community.

Trustee and diver Christine Grosart said: “We are slowly gaining the trust of the fishing community, but we still have a long way to go. Our charity is not anti-fishing, and we want the fishing community to prosper, whilst maintaining a healthy ecosystem. We encourage engagement from the fishermen, and we really want them to tell us when they lose nets like this, so that we can remove them from the sea much sooner and stop the ghost fishing cycle in its tracks”. 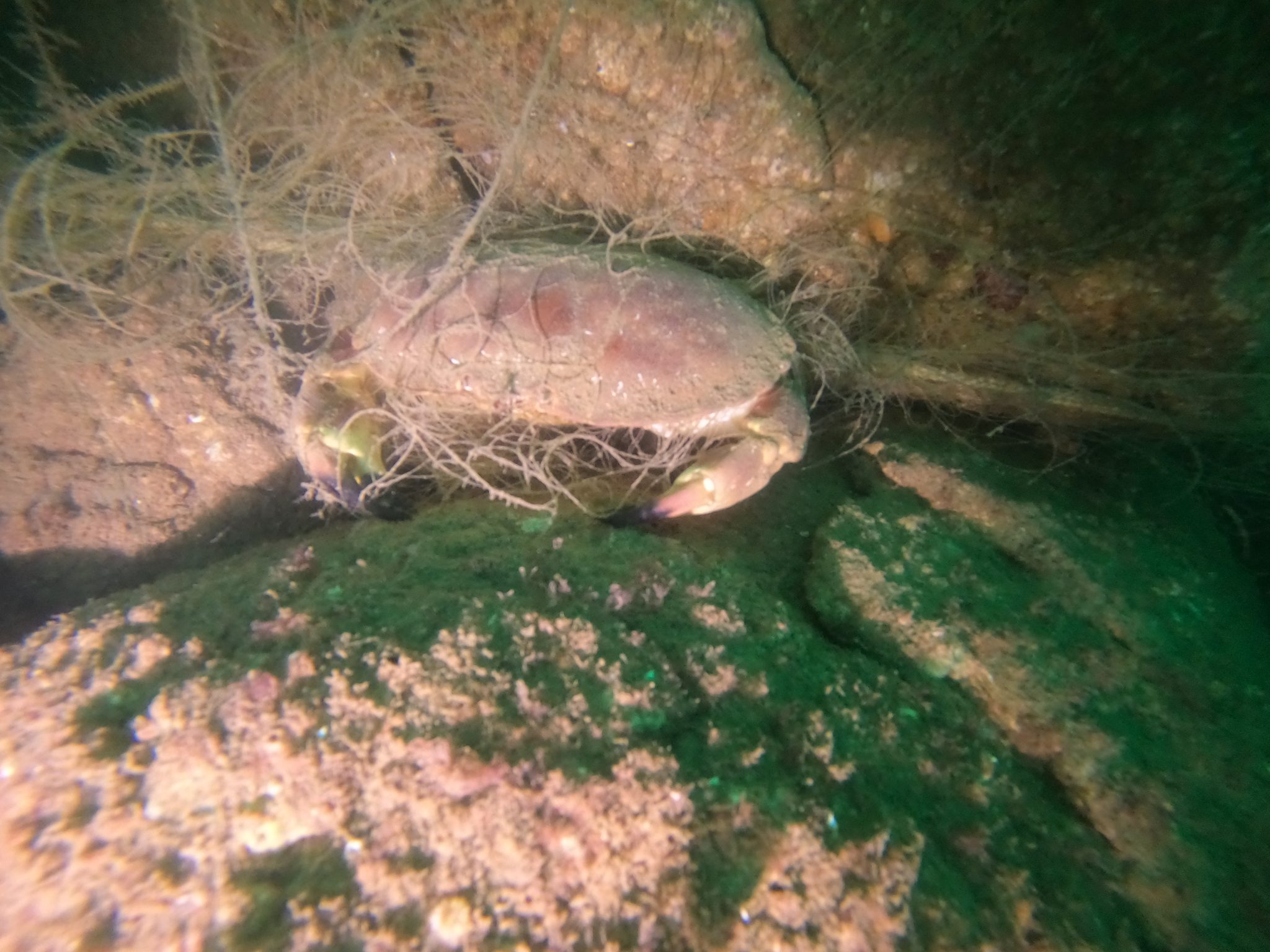 Ghost Fishing UK has an online reporting system for both divers and fishermen to report any losses which they can do anonymously.

“In the case of lost strings of pots, we can often get these back to their owners,” Christine explains. “But in the case of nets, these are often too badly damaged to be used again, so we get them recycled where we can.”

It is generally accepted that fishing gear is not lost deliberately and is often the result of storms, snags on the seabed or being run over by other vessels.

Fishermen can report any lost nets to the charity here: www.ghostfishing.co.uk/fishermans-reporting

Jessica Hannah from Teign Diving Centre was very happy to welcome the charity for their first mission on board Seaquest:

“The Galicia is one of our most regularly used dive sites and is full of life. It was heart-breaking to find a ghost net hanging over the wreck and entangling everything that crossed its path – a real killer of a net.” Said Hannah.

“Having Ghost Fishing UK out to clear this away, we’re so thankful for their help with this. Great to know the net can’t harm anything else down there, and we’re all so pleased to have had such a professional organisation to sort it out.”

You can follow the work of Ghost Fishing UK on their YouTube Channel, blogs and across all social media platforms. All donations to the charity go directly into paying for dive boats so the volunteers can continue cleaning up even more ghost gear.

The BiG Scuba Podcast… with Hamna Hussain aka Humpty!